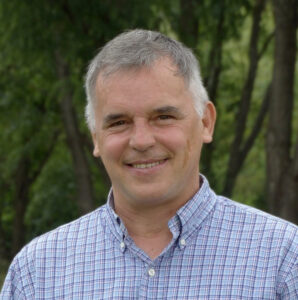 Sebastián Blaksley is a native of Buenos Aires, Argentina. In 1968 he was born into a large traditional Catholic family.

He attended the Colegio del Salvador, a Jesuit school of which the headmaster was Jorge Bergoglio, the current Pope Francis. Sebastian enjoyed sport in his youth, particularly Rugby football, a game that a number of his family have a long involvement with in Argentina.

Although he wanted to be a monk as a young man, his family did not consider it acceptable, and the inner voice that he always followed let him know that: “You must be in the world, without being of the world.” He studied Business Administration in Buenos Aires and completed his postgraduate studies in the United States and Argentina. He also undertook further studies in England.

He held several highly responsible positions in well-known international corporations, living and working in the USA, England, China, and Panama. He then founded his own corporate consulting firm in Argentina which he led for over 10 years. He has willingly given the company he owned to employees who wanted to continue the business. Sebastián has two daughters with his former wife.

At the age of six, Sebastián was involved in a near-fatal accident during which he heard a voice, which later identified itself as Jesus. Ever since he has continued to hear that voice. Sebastián says: “Since I can remember, I have felt the call of Jesus and Mary to live abandoned to their will so that despite my various activities, I always put spiritual and religious reality at the center. I am devoted to my faith.”

In 2013, he began to record messages from his mystical experiences. In 2016, he miraculously discovered the books comprising A Course of Love (“received” from Jesus by Mari Perron) and felt the call to devote himself to bringing the course to the Spanish-speaking world. More recently Sebastian receives, transcribes, and shares what the voice of Christ—the voice of love—mystically dictates to him.

Most recently he has “received” an astonishing, and most beautiful and uplifting series of messages from Heaven resulting in the Choose Only Love series of seven books, the first of which was published in October, 2019. The seventh and final book was published in March 2022.

Sebastian is living on a small island in the Tigre Delta waterways on the outskirts of Buenos Aires; overseeing the building of a retreat property called, at the suggestion of Mother Mary, the Refuge of Divine Love. People from around the world are warmly invited to spend time here in this tranquil and verdant haven covering some 23 secluded acres, to “live the books” in the company of Sebastian as a welcoming host.

Sebastián is president of the nonprofit charity Fundación Amor Vivo,  through which he shares A Course of Love, as well as the sublime channeled angelic messages which found their home in the Choose Only Love books and audios. The angels lovingly refer to him as “a pencil in the hands of God.”

Transcripts of this interview: 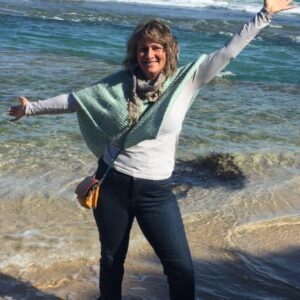 In January 2015, my mind experienced a huge shift, where I perceived everything as God. In that experience, I had what felt like, a download of knowledge or understanding of the truth. I also felt an inner voice telling me that there was more to be revealed and understood, so I continued to give time to silence so that more could be illuminated. Over the following six months, my mind experienced many deeper understandings, and the teachings of A Course in Miracles were linked up in my mind in a way that I could express them to other students, which seemed to be helpful.

From that inner illumination, I have kept vigilance to ensure that no false ideas enter my mind and distort truth to any student. I was guided to start an online group and share what was illuminated, to anyone that would like to hear.  My main teaching is that our brother is holy and innocent… and in that perception, our mind heals of its belief in sin, guilt, and fear. I teach others how to apply this “Christ Blessing” to all brothers as a way to a clear and happy peaceful mind. What ACIM calls… The Mind of God. 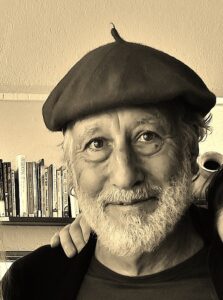 Diederik was born in 1942 in a tiny village south of what now is known as Jakarta, Indonesia. The first three and a half years of his life were spent in Japanese POW camps and it was here that he formed most of his core beliefs, beliefs which he thought were his actual ‘character’. After some fifty years of self-loathing, alcohol, and drug abuse he decided there had to be a better way, it was time to ‘change his mind’ at the deepest levels. Through a Course in Miracles and Attitudinal Healing, he developed a radical forgiveness process that allows him to transform the self he hated into a Self whose only function is to extend love. Choose Again, his charitable society, operates a healing center in Costa Rica and he gives talks and teaches workshops in many places around the world.

Some main points discussed in this conversation.