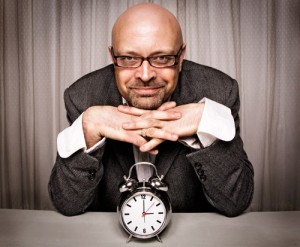 Tim is a philosopher or ‘lover of wisdom’ who is pioneering a simple new way to experience a profound spiritual awakening, which fully embraces our everyday humanity. He has spent his life exploring the awakened state he often simply calls ‘The Mystery Experience’.

Tim has articulated his own revolutionary ‘philosophy of lucid living’ designed to help people go beyond ideas and actually experience a ‘deep awake’ state, which replaces out-dated spiritual jargon with clear new concepts which are simple to understand.

He has also developed a profoundly simple ‘Mystery of the Moment’ attention technique and a number of powerful ‘I to I’ practices, which quickly awaken practitioners to ‘The Mystery Experience’ and help them commune with others in oneness and ‘Big Love’.

Tim has an honours degree in philosophy and is an internationally respected authority on world spirituality. He is the author of over thirty books that have established his reputation as a scholar and free-thinker.

He is best known for his groundbreaking work on Christian Gnosticism with his close friend Peter Gandy, including The Jesus Mysteries, which was a top 10 best-seller in the UK and USA, and a ‘Book of the Year’ in the UK Daily Telegraph. In recent years he has articulated his own ‘lucid philosophy’ in The Laughing Jesus, Lucid Living, and How Long is Now?

Tim is also an innovative ‘stand-up philosopher’ – a concept he developed from the ancient idea of a philosopher as a traveling ‘spiritual entertainer’ who transformed people’s consciousness.

He is a passionate and playful communicator, whose enthusiasm for life is contagious. He is often featured in documentary films and chat shows broadcast by the global media, such as the BBC and the History Channel. Tim is the founder of The Alliance for Lucid Living, (The ALL), an organization dedicated to our collective awakening. He lives with his wife Debbie and their two children in Glastonbury, England.

Other interviews with Tim

Video and audio below. Video in two parts. Audio also available as a Podcast.