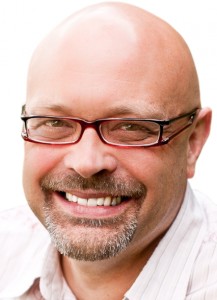 Tim is the standup philosopher – a concept he developed from the ancient idea of a philosopher as a travelling ‘spiritual entertainer’ who transformed people’s consciousness. He is pioneering an accessible new way to experience a profound spiritual awakening, which fully embraces our tender, vulnerable, flawed humanity. He has spent his life exploring the awakened state he often simply calls the ‘mystery experience’ and is able to guide others directly to it.

Tim has an honours degree in philosophy and is an internationally respected authority on world spirituality. He is the author of over thirty books that have established his reputation as a scholar and free-thinker. He became well known for his groundbreaking work on Christian Gnosticism with his close friend Peter Gandy, including The Jesus Mysteries, which was a top 10 best-seller in the UK and USA, and a ‘Book of the Year’ in the UK Daily Telegraph.

In his latest book, The Mystery Experience, Tim presents a revolutionary approach to spirituality. He creates a new language of awakening, which makes profound ideas simpler to understand, so it’s easier to experience a real transformation of consciousness. During his Mystery Experience Retreats, he personally guides participants directly to the deep awake state.

Tim is a passionate and playful communicator, whose enthusiasm for life is contagious. He is often featured in documentaries and chat shows broadcast by the global media, such as the BBC and the History Channel. He is the founder of The Alliance for Lucid Living, (The ALL), an organization dedicated to our collective awakening. He lives with his wife Debbie and their two children in Glastonbury, England.

Other Batgap interviews with Tim: