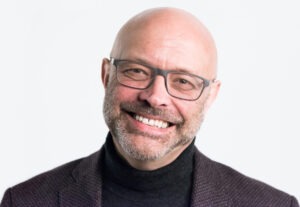 T!M FREKE is a pioneering philosopher, Gnostic scholar and spiritual guide who speaks and runs ‘Deep Awakening’ retreats internationally. He is the author of 35 books, translated into more than 15 languages, including The Jesus Mysteries on Gnostic Christianity, which was a top 10 bestseller in the USA and UK, and ‘Book of the Year’ in the UK Daily Telegraph.

Over the last 15 years, Tim has been articulating a revolutionary approach to spiritual awakening, which is life-affirming, heart-opening and intellectually robust. In his recent book Deep Awake, he suggests that to wake up to oneness we need to embrace, rather than deny, our individuality, because ‘the ego is the hero not the villain of the spiritual adventure’.

In his latest book Soul Story, Tim offers an inspiring new vision of the nature of reality and the deep purpose of existence. He suggests we need a radical shift in our understanding of both science and spirituality, so we can bring these different perspectives together. Tim’s new worldview, which he calls ‘Emergent Spirituality’, does this by combining an innovative perspective on the theory of evolution with a fresh understanding of esoteric ideas such as the immortality of the soul.

Tim has been exploring spirituality since a spontaneous awakening when he was 12 years old and now guides others directly to the ‘deep awake’ state. He has been pioneering soul-to-soul partner meditations such as ‘gazing’ for more than fifteen years, as a powerful practice to transform consciousness.

Tim is a passionate and playful communicator with a contagious enthusiasm for life, who has often been featured in the global media, such as the BBC and the History Channel. He lives with his family in Glastonbury, England.

Interview recorded October 20, 2017 at the Science and Nonduality Conference.