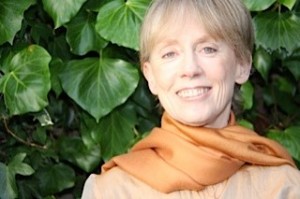 Sally Kempton is a deeply practiced teacher of meditation and spiritual philosophy, and the author of the books Meditation for the Love of It and Awakening Shakti: as well as the audio course Doorways to the Infinite, recently put out by Sounds True. A former swami in the Saraswati order of India, she has been practicing and teaching devotional contemplative tantra for more than 40 years. Her teaching is powerfully sourced in the eastern meditative traditions of yoga and Kashmir Shaivism, yet highly contemporary in her focus on evolutionary practice. She offers a powerful transmission of meditative experience. 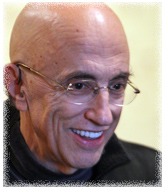 Dr. Menas Kafatos is The Fletcher Jones Endowed Professor of Computational Physics and Director of Excellence at Chapman University. He received his B.A. in Physics from Cornell University in 1967 and his Ph.D. in Physics from the Massachusetts Institute of Technology in 1972. After postdoctoral work at NASA Goddard Space Flight Center, he joined George Mason University and was University Professor of Interdisciplinary Sciences there from 1984-2008.  He has authored and co-authored numerous books including The Conscious Universe, The Non-local Universe, and Principles of Integrative Science.  He is a recipient of the Rustum Roy Award from the Chopra Foundation, which “honors individuals whose devotion and commitment to their passion for finding answers in their field is matched only by their commitment to humanity” and the IEEE Orange County Chapter – Outstanding Leadership and Professional Service Award.  He has been interviewed numerous times by national and international TV networks, newspapers and radio programs.

An artist and healer by nature, Igor has been sharing his revelations into the essence of Being since 2002. His approach, in the form of intimate gatherings, silent transmissions and private correspondence, is based on spontaneous and intuitive insight which allows him to empathize with uniqueness of each individual conditioning.

Igor Kufayev was born in Tashkent, Uzbekistan. In his childhood, he had many episodes associated with awakening. At the age of thirty-six, Igor underwent a radical transformation of consciousness which subsequently blossomed into spontaneous unfoldment of Grace.

Since April 2011, Igor and his family have been based in Costa Rica. He continues working with those who require guidance using various forms of communication.

Other BatGap events with Igor: