Most humans view their situation in a conventional, non-mystical way, treating whatever happens as concretely real, and to be judged as “good” and “bad,” etc. By contrast, a growing number of non-dual teachers and students espouse the view that whatever happens is “the perfect manifestation of Divine Will,” or that “nothing is really happening or ever happened.” Yet our situation is not so one-dimensional as these positions would hold, and an expansive, truly liberated way of talking about Reality will involve more dimensions. A three-fold model of nondual Reality will be discussed which many have found quite helpful in accounting for all levels of our experience.

Reports of spiritual awakenings, once rare, have become commonplace. Modern seekers often find an intuitive understanding of the ultimate non-dual reality or the illusory nature of the world to be so liberating that they conclude they have reached the goal, and that seeking should be renounced. Ancient traditions caution that such an understanding may be merely a preliminary stage of development. Moreover, an experiential realization, beyond the merely conceptual, may feel so complete that one might conclude that “This is it”. Some insist that once the non-dual nature of the Self is realized, one has arrived, and it is meaningless to speak of further degrees of growth or levels of realization. Others hold that Self-realization is an important milestone, but that spiritual development never ends. Can we reconcile the injunction to live in the present moment with the understanding that there is much development yet to undergo? Are there criteria by which Enlightenment can be measured or certified? 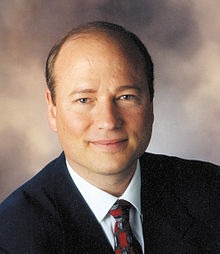 John Hagelin, Ph.D., is a world-renowned quantum physicist, educator, public policy expert, and leading proponent of peace. Dr. Hagelin received his A.B. summa cum laude from Dartmouth College and his M.A. and Ph.D. from Harvard University and conducted pioneering research at CERN (the European Center for Particle Physics) and SLAC (the Stanford Linear Accelerator Center). His scientific contributions in the fields of electroweak unification, grand unification, super-symmetry, and cosmology include some of the most cited references in the physical sciences. He is also responsible for the development of a highly successful Grand Unified Field Theory based on the Superstring. But Dr. Hagelin is unique among scientists in being the first to apply this most advanced knowledge for the practical benefit of humankind. He has pioneered the use of Unified Field-based technologies proven to reduce crime, violence, terrorism, and war and to promote peace throughout society—technologies derived from the ancient Vedic science of consciousness.

Other BatGap events with Igor Kufayev: 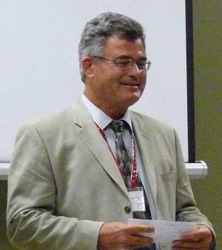 Mark McCooey is a businessman and has been a teacher of Transcendental Meditation for over 30 years. He and his family live in Vancouver, Canada.

Recorded at the Science and Nonduality Conference, 10/28/2012, San Rafael, California.