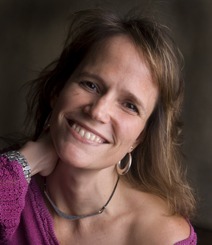 Mariana Caplan, PhD, MFT, RYT 500,  is a psychotherapist, yoga teacher, and the author of six books in the fields of psychology and spirituality, including Yoga & Psyche, the award-winning Eyes Wide Open: Cultivating Discernment on the Spiritual Path, the seminal Halfway Up the Mountain: the Error of Premature Claims to Enlightenment, and The Guru Question: The Perils and Rewards of Choosing a Spiritual Teacher. She is the founder of The Yoga & Psyche Method™ and The Yoga & Psyche Conference™. She has been teaching workshops and trainings at major retreat centers, yoga studios, and universities throughout the world since 1997, and since 2001 been an adjunct professor and developed large public programs at The California Institute of Integral Studies, and taught at Naropa University, John F. Kennedy University, and Sophia University.