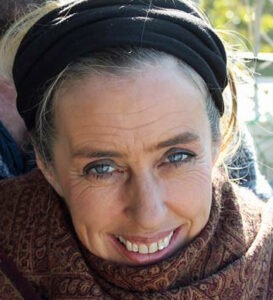 Born in Sheffield, England, Georgi has led a life of charm, intoxication, collision and perpetual re-awakening.

Having experienced her parent’s divorce and later her father’s death to alcoholism, Georgi was a born seeker for a stable home that was somehow prior to the broken home that she knew.  As a teenager, she attended evening classes at the School of Philosophy in Belgium, that offered a ‘sanitized’ version of Vedanta. While it gave a lot, the experience became oppressive, and when she left to Oxford University, she instead delved into Jungian psychology and the application of psychoanalytic and feminist literary theory.

When she was 20, Georgi arrived in Jerusalem, in search of a midway point between the mysticism of the east and the decay of the west. She experienced a part of the earth that is charged with bliss. Yet it was also a country where it seemed that nobody belonged. In this, she found a sense of belonging (in the field of not belonging).
Georgi’s life in Israel would include a compulsion for conflict. She worked as an investigative journalist exposing lies told about terrorism and weapons of mass destruction. Later, she would undergo a high-conflict divorce in which she was condemned by rabbinical courts as a fake convert, a home-breaker and a naughty woman.

All this served to re-awaken her deeper purpose: the exploration of the mysteries of consciousness. After she met the love her life – spiritual teacher Bart ten Berge – this passion would express through escalating processes of liberation.Today, she is deeply fulfilled in sharing this journey with others through workshops, and one-on-one mentorship.

A free spirit, citizen of the world and a poet, Georgi is presently pioneering Nondual Therapy, which she sees as part of a paradigm shift in the evolution of psychology. 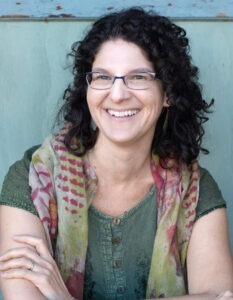 Kate Gustin, Ph.D., is a clinical psychologist practicing in the San Francisco Bay Area. She received her education from Princeton University and the University of California, Berkeley; and has worked in a variety of settings over the past twenty-five years as a mental health practitioner: outpatient psychiatry, community mental health clinics, VA Hospital, college counseling services, and currently in private practice. Gustin integrates the science of positive psychology into her psychotherapy, teaching, and consultation, and leads classes and trainings for students, patients, and health care professionals.

Book: The No-Self Help Book: Forty Reasons to Get Over Your Self and Find Peace of Mind

Ethics and Spiritual Teaching Panel at the Science and Nonduality Conference

The Ethics of Teacher-Student Romantic Relationships

Other BatGap episodes with these participants: