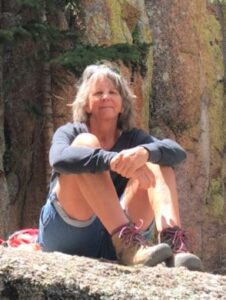 All I ever did was emphatically declare, “I want to know God, NOW!”  It wasn’t long before I was fast-tracked into a reality I didn’t know existed, an inner world full of extraordinary gifts and ultimately liberation of the mind.  I’d stumbled upon a pamphlet that outlines a formula to regenerate one’s human race consciousness to Divine Consciousness, like a reboot, by calling forth into one’s mind higher, more universally aligned modes of Being.  That pamphlet became my bible, my book of living, and thru contemplative practice expanded the I AM presence within, attracting that which is stable, immutable Principle into my self-consciousness.  The art of surrender as put forth by Ramana Maharshi played a huge role along the way, although at the time I had little clue who he was.

The regeneration occurred in February 2016, followed by three full years of Bliss, a state of Consciousness I am convinced is that of a newborn.  I wallowed in that cocoon, integrating the expansion that I sometimes felt might never end!!! until the desire emerged to step back out into the world.  A two-year investigation of kundalini life energy, universal consciousness, and fractal/plasma physics has continued my evolving perception and experiences.  The real fun has truly begun, my book of living has become my Book of Life!

Books mentioned during the interview: