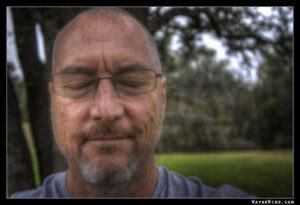 Wayne took his own life on August 31, 2017. Discussion in the Batgap Community Facebook Group.

Putting his words in the past tense, Wayne Wirs was a transparent, rational, nondual mystic. Wayne blogged about his day-to-day life as a semi-homeless, van-dwelling drifter and had been doing so before, during, and after his awakening experience in 2009.

Wayne considered himself more of a spiritual explorer than teacher, so his “teachings” tended toward first-hand, real-world experiences (open-ended, integral, mystical and evidence-based) rather than academic hard and fast truths.

Unlike many nondual teachers who focus on an all-or-nothing approach to awakening, Wayne advocated a simple yet integral fading of the ego based on key qualities: Eternal (soul, practical), Radiance (love, emotional), Emptiness (awareness, rational), and Intimate (mystical experience). He called this dynamic, flowing, magical way of living Mystical Oneness.

Wayne had two key sayings which best describe his message: