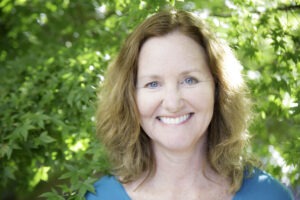 After 20+ years of Buddhist and non-dual practice, in 2003 Tina Rasmussen, Ph.D., undertook a year-long solo retreat during which awakening occurred. She later ordained as a Buddhist nun with a world-renowned meditation master, became the first Western woman to attain that path, and was authorized to teach. Tina has been studied by Yale Neuroscience Lab for research on the effects of meditation on consciousness and the brain. Tina is co-author of Practicing the Jhanas: Traditional Concentration Meditation as Presented by the Venerable Pa Auk Sayadaw

, and has been featured on Conscious TV and in Non-duality Magazine. She is also involved in the Diamond Approach to realization. Tina teaches students worldwide how to walk the path of the “urban mystic”—functioning from deep spiritual understanding while living a modern human life. Dr. Rasmussen has also worked in the field of human/organizational development as a consultant/coach for 25+ years, with several published books on humanistic leadership.