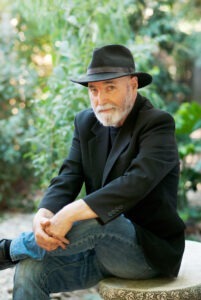 ON A MISSION: TEACHING THE POWER OF LOVE & FORGIVENESS

Rev. Bill’s life has been a spiritual journey, spanning slightly over 7 decades. His whole life has been a mystical trip in search of gurus, the paranormal, and self-discovery. He has written about his many spiritually transformative experiences and “near-death-experiences” including supernatural events during his combat tour of duty in the Vietnam War. In his books, he has shared some incredible spiritual events that are beyond both common understanding or explanation.

His autobiography “Warrior: A Spiritual Odyssey

” takes us on a life quest for love, understanding, forgiveness, and enlightenment. His follow-up book “Alchemy of a Warrior’s Heart

” continues that mystical journey including four trips to India for even more profound experiences with holy men, miracles and his personal relationship with the Divine. What he knows for sure after all these years is that the only thing that is truly real is LOVE.

He is an author, an award-winning poet, international motivational speaker, artist, film advisor, veteran advocate, a Vietnam War veteran (Distinguished Flying Cross, The Bronze Star, The Purple Heart Medal, 14 Air Medals, The Vietnamese Cross of Gallantry, etc.). He has spoken around the world including Germany, England, Wales, Bolivia, and India. He has been involved with a dozen films and documentaries. (Such as: “In the Shadow of the Blade

Rev. Bill has been on over 800 radio and TV shows over the last 18 years and has stories about his life featured in over a dozen books by other authors and in hundreds of magazine and newspaper articles. He has had articles in such diverse publications as “Parade Sunday Magazine” and “The Self-Realization Fellowship Magazine” as well as military magazines and new age magazines. His YouTube Channel has over 70 videos and had gotten over 550,000 views in its first 18 months.

He speaks publicly about the need to forgive and power of love. His mission in life is to inspire others to seek the Divine and he does that through his personal stories of his own life experiences.

He is a seeker but not just for himself. His “mission” is to allow others to experience his journey through his stories. He has had many near-death and near-death-like experiences and encounters with the supernatural. He is a friend to many – including famous celebrities and people in power positions in life but he treats everyone the same whether they are homeless or the President or a CEO. His beliefs are simple: There is but ONE GOD – and our only mission is to LOVE & SERVE ALL.

Rev. Bill McDonald was born In San Francisco and raised in California, Oregon, and Hawaii. He graduated from San Jose City College with an AA Degree in Labor Management and later from The University of San Francisco with a BA degree in Public Service Administration. He spent over 30 years working for the federal government and retired in 2001. He has spent his time since then working for 5 different non-profit organizations helping veterans while serving the purpose of world peace. He works with PTSD veterans and is an unpaid lobbyist for veteran issues in California. Has also has worked as a volunteer chaplain in Folsom Prison and worked for a time answering phone calls for The National Suicide Hotline. His life is filled with service. He has been married to his high school sweetheart Carol, since 1970. He has been living in Elk Grove, California since 1979.

The story of Anamika Borst‘s owl referred to towards the end of this interview: click here.