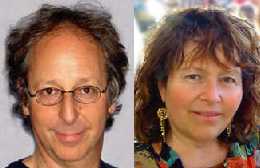 As a child, I had many experiences of the limitless side of my Being, but perhaps nothing extraordinary. I think most people have such experiences quite naturally. As I grew older, I felt increasingly overwhelmed by my own wounds and by all the separation and denial I felt inside and out. By the time I left grammar school, I was confused and repressed. But I was telling myself and the world I was fine and everything was OK.

By the time I’d reached my teens, I was in crisis and I found myself reaching out for something beyond the ordinary world. I began my spiritual search (as did many of my peers) reading books by J. Krishnamurti, Yogananda, Carlos Casteneda, Ram Dass, and Richard Bach. Soon thereafter, I began using hallucinogens as a tool in my self-inquiry process. I glimpsed my future realization in this life, but I also saw that I couldn’t reach it through drugs. At 17, I took initiation into TM and began to practice regularly. After meeting Maharishi, I found myself preparing to become a TM teacher. I took years of training, (over a year in deep meditations and fasting in the Switzerland), spent lots of time with Maharishi, and finally was endowed by him with the knowledge I needed to initiate others. I taught TM to hundreds of seekers, thinking that this simple technique would eventually bring them (and myself) freedom. It was around this time that it became perfectly clear to me that, until I and many others around me had awakened into some fundamental self-recognition and integrity of Being, nothing else was going to make the world any better.