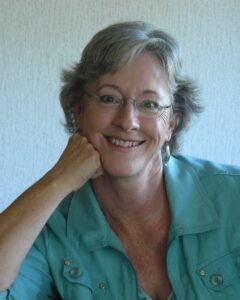 CC’s passion for helping people awaken came to the foreground in 1989 when she had a startling vision of a star appearing near the ceiling of her bedroom and streaming forth a download. The message was clear: she was to play a role in helping humans awaken, and in paving a new understanding of spirituality for the world. But first, she had to awaken.

After some years of rapid spiritual growth and openings to subtle dimensions, CC landed in the darkest of nights as her early attempts at offering her gifts to other seekers “failed” rather dramatically. She lost her livelihood, home, community, and self-esteem, and ended up living in a small RV borrowed from an ex-boyfriend for 3½ years in the mid-1990s. Ultimately, she learned the truth of these words by Leonard Cohen: “There’s a crack, a crack in everything—that’s how the light gets in.”

And the light did enter. The depths of disillusionment, despair, and ruthless self-judgment gave way to deeper explorations and radical samadhis, and led, by 1995, to a profound, permanent knowing of herself as the infinite ground and totality of Being. The next phase of her life was about trying to integrate that awakening with her human patterns of thinking and reacting—no easy matter. Yet she felt called to embodied awakening even when her Advaitic-oriented friends were telling her to bypass her human tendencies and simply abide as Consciousness.

After years of attempting to make her human life make sense in light of her awakening as Consciousness, at first on her own and then in the company of a group of people practicing “Trillium Awakening” (formerly called “Waking Down”), it all gelled into a sense of undivided (though often paradoxical) Onlyness. At that point, CC began teaching again. She loves to bring light to other seekers, especially those who find themselves lost, confused, alone or discouraged by the difficulties of being a conscious person in a deeply unconscious world.

In 2005 CC co-founded the Trillium Awakening Teachers Circle to provide an alternative to guru-centric, strongly hierarchical spiritual communities, and to help stem the tide of ethical lapses on the part of spiritual authority figures. The teachers of the WDTA meet regularly in mutuality and hold one another to standards and ethics around their teaching work, as well as experimenting with a more democratically-oriented society of awakened and awakening divinely human beings.

CC’s unique approach to teaching focuses on radical awakening to our true and total nature as both Consciousness and matter (divinely human), but does not stop there. Her Inseeing Process TM helps people experience radical self-acceptance, deep compassion, and “inner mutuality” which in turn leads to a much greater ability to feel compassion and tolerance for other people: “outer mutuality.” That and much more is spelled out in CC’s highly-acclaimed handbook, Becoming Divinely Human: A Threefold Path to Embodied Awakening.

Following the heartbreaking death of her beloved husband Michael in the spring of 2012, CC again spent several years living in a (slightly larger) RV with her dog Tucker and cat Bodhi. Then in 2015 CC settled near Boulder Colorado, and added another dog, Ziva, to her pack of furry friends.

CC’s embodied awakening and integration is continuing and becoming ever-more “seamless.” She reports that Michael’s essence is frequently quite palpable. He offers support and inspiration for her teaching work, which includes a variety of online courses as well as private and group coaching, and of course, there is love. 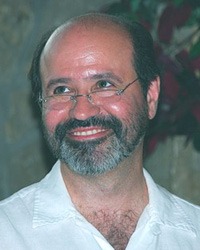 Krishna can be a catalyst for the awakening transformation of your life. He also appears to be a pretty ordinary guy. For most of his life, he has been driven by a desire to know the power that moves the universe. In this mad quest for authentic spiritual realization, he has been blessed to come across the right people at the right time. Besides working as a spiritual coach and teacher and being trained in hypnotherapy, he has also been a cabinetmaker, an auto assembly line worker, a New York City taxi cab driver, and a bus driver. He has lived real life as a down to earth human being and knows that the truth of spirituality is always tested there.

His experience is that you will never have exactly what you want and that you are already what you’re looking for. His sense is that you don’t need to be taught as much as you need to be understood and heard. He is well versed in several spiritual maps but he knows that who you are is beyond any map. You are changeless and you are always changing, and he relates to you as both.

Since you are what you’re looking for, he is only always pointing you to a deep trust in your own deepest life: Being itself. He does this in one on one sessions and in groups through talks, guided meditation, questions, and answers, gazing transmission and silent sitting. His presence enlivens that which is guiding you from within and calls you into your own life. He welcomes you into an awakening that is totally yours, and totally beyond you. Krishna invites everyone to roll up their sleeves and celebrate the paradox of being both Infinite and finite simultaneously. His sleeves are rolled up too. 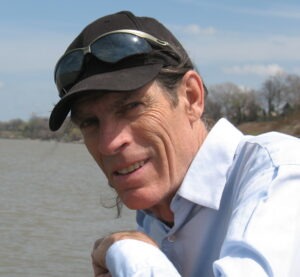 My birth took place January 7, 1949 on a small rural farm in East Tennessee, but somehow I did not forget my spiritual nature in the process of arriving here as a human. As a child, I remembered myself being free from the limitations of form and language, and I made two vows: first, never to forget who I am and the freedom I had prior to birth, and second, to find my way home no matter what it took. In my youth, I experienced a nagging urge to know the Truth of my existence. By the age of 19, this urge developed into a fierce determination to find that Truth at the risk of everything – career, relationships, physical and even mental health.

My quest took me into many investigations including teaching the TM program of Maharishi Mahesh Yogi for 12 years. Every investigation left me dissatisfied until the late 1980s when Sathya Sai Baba began to appear in my dreams and meditations. I finally journeyed to Baba’s ashram in July 1990. The moment I saw him step off the veranda, I recalled my childhood vow to find my way home. In that very moment, I knew He was living my home. In the fall of 1992, Shirdi Sai Baba appeared to me and took me into a state of union with His Presence. Over the following months, my personal identity completely dissolved. What remained was infinite formless Being, immense love, and the Truth I had sought.

Over the next 12 years, I expanded in my understanding of Truth, and the knowledge that I am the originator of all existence took root in my innermost sense of subjectivity. Eventually, I found myself in a painful relationship with a woman and began investigating the human element I had been working diligently to overcome in the name of spirituality. I had difficulty justifying my intense feelings of distress with my very high sense of spiritual freedom as transcendent Consciousness. My investigation led me to an initial encounter with the embodied conscious awakening teachings of Saniel Bonder and Waking Down in Mutuality in 2002. I quickly concluded I needed help in balancing and integrating my Divine realization with my very human shadow and brokenness. When I experienced my embodied awakening, I witnessed Consciousness fall from my crown area into the Heart center on the right side of my chest.

As the embodiment process has deepened, I have asked this question: ‘What does Life want of me?’ From that query, the role of teaching Waking Down in Mutuality has arisen. I am clearly teaching what I need to learn and have much love to share for those who dare the journey into the great Mystery of embodied awakening.