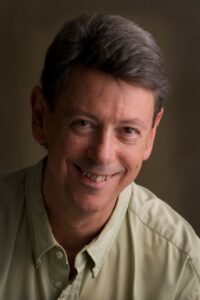 Founder of the Wellspring Institute for Neuroscience and Contemplative Wisdom and on the Advisory Board of the Greater Good Science Center at UC Berkeley, he’s been an invited speaker at Oxford, Stanford, and Harvard, and taught in meditation centers worldwide.

An authority on self-directed neuroplasticity, Dr. Hanson’s work has been featured on the BBC, NPR, CBC, FoxBusiness, Consumer Reports Health, U.S. News and World Report, and O Magazine, and his articles have appeared in Tricycle Magazine, Insight Journal, and Inquiring Mind. He has several audio programs with Sounds True, he edits the Wise Brain Bulletin, and his weekly e-newsletter – Just One Thing – has over 100,000 subscribers, and also appears on Huffington Post, Psychology Today, and other major websites.

Books and other media:

For more information, please see his full profile at www.RickHanson.net.