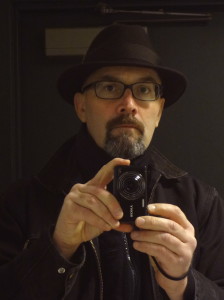 Louis Brawley was born in Ohio and lived and worked in New York, where he met UG Krishnamurti in 2002. Louis traveled in the USA, India, and Europe with UG for the following five years, acting as an informal caregiver as UG’s health deteriorated. Louis works as an artist, photographer and freelance art handler worldwide – occupations that fund his travels around the world writing and recording accounts and impressions from friends of the “Raging Sage.”

UG from the book cover…

“Goner will teach you the meaning of the phrase ‘paradoxical truth’. UG Krishnamurti gave up everything for truth, but delighted in ridiculous fabrications: he was a teacher who refused to teach; a man who mocked do-gooders but was deeply kind; he was chaste but foul-mouthed, he was a man who decried the supernatural … yet there were strange coincidences around him. 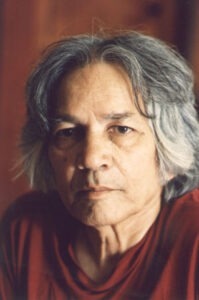 …the way he lived, his living quarters and his mode of expression were one continuous movement, a three dimensional, living book of teachings. If you were observant, you could learn from him on contact with no need for explanation. “

Louis Brawley doesn’t use honeyed platitudes to tell the story of a sage and his devoted follower; instead, he tells an often unflattering story of his own struggles and shortcomings and the dynamic uncertainties of life with a man who “tore apart everything human beings have built up inside and out for centuries.”