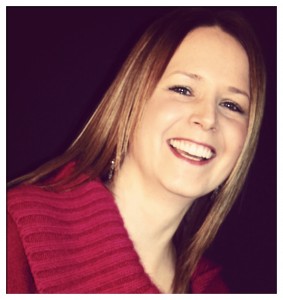 In February 2008 at the age of thirty-three, Karen experienced a sudden and radical awakening. Prior to this realisation, no teachings or practices were followed – in fact at that time the terms non-duality and awakening were completely unfamiliar. This spontaneous realization presented itself during a period of intense emotional suffering and when demands in life exceeded Karen’s physical capability.

Karen attempted to persevere in the face of these challenges, the consequence being a severely debilitating illness that affected physical functioning on every level. Although the illness had a devastating effect on life as it was then known, it seemed to create a space for a deeper reality to be recognized.

As her state of health was so poor, Karen was unable to return to work – meaning that she spent a significant amount of time confined to her home. The effect of this period of solitude was profound surrender, allowing the realization to become deeply integrated into daily living. Two and a half years after the initial recognition, someone Karen didn’t know approached her for guidance, which really was the beginning of sharing in a more active way. Karen now shares openly with all those who wish to enquire into the true nature of reality.

Karen grew up in a small town in the heart of England and was born into a non-religious family. After a somewhat turbulent childhood and unsettled early adult life, she trained as a nurse in 1993. After qualification in 1996, Karen went onto practice nursing in the NHS full time for twelve years, gaining experience in many specialties including general surgery, urology, and medicine before specializing in intensive care. In the years prior to the realization, Karen has experienced challenges and disappointments that seem common to many. She is also a certified life coach and that, coupled with her nursing career has given her considerable experience of working with people from a variety of backgrounds and circumstances. This has endowed her with the ability to empathize and understand life as it is to commonly experienced, making her easy to communicate with.

Following the realization, Karen’s experience of illness – coupled with her extensive experience of healthcare, enabled dis-ease/illness to be seen from a different perspective. Misperception of what we are and the stress that can ensue in direct relation to that misperception means that we are often in a state of persistent resistance to life as it is. This negative state of functioning is the foundation for many of our health challenges. The rediscovery of who we are is fundamental for the transformation of the human life experience. It means that the peace that is already here is recognized and experienced directly, having a potentially profound healing effect on the mind and body.

Realization – from a human perspective – means that the unity beyond apparent diversity is remembered. Life can then be embraced fully and authentically – without contamination from the lens of the conditioned mind, bringing relief from all psychological suffering. An inevitable consequence of this recognition is the arising of compassion, love, and respect for life in all of its appearances – having an ever-deepening impact on the human experience. This has the direct consequence of transforming the world we see literally before our eyes, having a powerful healing effect on the planet as a whole.

‘May you rediscover who you truly are, for in that knowing lies liberation, peace, and wisdom. You are THAT for which you have been seeking’