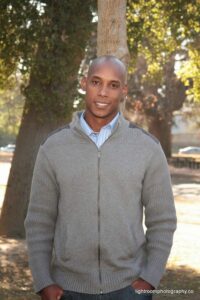 Chadwick Johnson is a teacher at heart. Chad does not claim to be an expert in the various subjects that he teaches, but rather, he teaches the subjects in which he seeks to become an expert. In fact, Chad ultimately attributes his spiritual clarity and ability to articulate non-dual concepts in a simplistic manner, to this “the teacher is the student” approach to sharing Truth.

Chad had a spiritual awakening in early 2010 after reading “The Power of Now” by Eckhart Tolle, and began teaching non-duality later in that same year. Chad knew early on that the wisdom he shared was from a source of intelligence that was greater than his own. Consequently, he used his own teachings as a guide in his spiritual journey toward spiritual clarity. While Chad read countless books and watch hundreds of videos of teachers such as Mooji, Rupert Spira, Eckhart Tolle, and Adyashanti, it was ultimately the trust in his own teachings that dissolved all questions.

Since 2010, Chad has spoken to thousands of people about self-discovery, in many different formats, and to people on all different levels of spiritual experience, understanding, willingness, and readiness. Chad started The W.A.Y. Project in 2012 as a way to organize his volunteer work and to raise awareness about mindfulness. He also has a YouTube page that he created as a way to share the truth of self-discovery to the hip-hop generation. Chad held the Second Saturday Mindfulness Workshop on the second Saturday of every month from 2012 to 2015. This workshop was designed to introduce people to mindfulness and non-duality in a non-spiritual in a secular, workshop environment.

Chad his wife, Ericka, have been married for 18 years.  They live in Sacramento California with their five children.  He has a bachelor’s degree from California State University of Sacramento and a law degree from McGeorge School of Law. Chad works as a computer programmer for Hewlett Packard Enterprises, an adjunct professor at Sacramento City College.