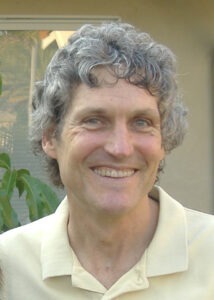 Thomas Razzeto is one of the newest and freshest voices among the teachers of our balanced, ancient nondual wisdom. Thomas easily digs deeply into the core of this wisdom to reveal both its essential truth and the heartfelt compassion that all true sages embody when they are genuinely engaged in the world without being entangled by it.

The first time Thomas heard this nondual wisdom was in 2005 when he attended one of Timothy Conway’s satsangs and Thomas has continually attended these weekly meetings since they provide the foundation for all his work. (By the way, Timothy Conway was guest number 28 at Buddha at the Gas Pump way back in July of 2010.) Timothy woke up when he was only 16 and he later was fortunate enough to meet several enlightened masters, such as Sri Nisargadatta, Annamalai Swami, and others among Sri Ramana Maharshi’s immediate followers.

Thomas teaches in plain English, yet much of what he says would be recognized by people familiar with Advaita, Buddhism, or Hinduism. Thomas has taught his book, Living the Paradox of Enlightenment: Spiritual Awakening in Simple, Clear English