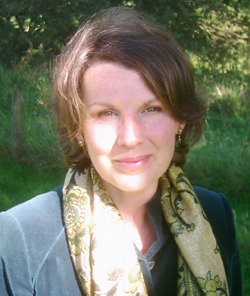 Susan Raven is a long-time student of Anthroposophy and an experienced workshop facilitator. She has worked with the methods and exercises prescribed by Rudolf Steiner for seeing into the supersensible realms and has also trained with Dorian Schmidt, director of the Biodynamic Research Institute. Susan is author of the book “Nature Spirits: The Remembrance

” and “Ravensong” which are regularly played on local and regional radio stations including the BBC. CD Reviews.

For a preview of Susan’s forthcoming new album please visit this link.

Book Susan mentioned near the end of the interview: Universe of the Human Body: With Gaia Touch Body Exercises 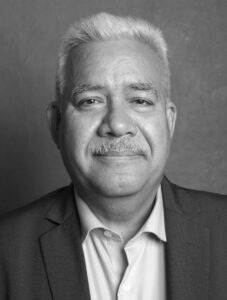 Rey Hernandez is Executive Director of the Consciousness and Contact Research Institute (CCRI), a 501c3 academic research institute comprised of 15 Ph.D. academics and medical doctors whose mission is to explore the relationship between Consciousness, our Cosmology, and Contact with Non-Human Intelligence via the Contact Modalities.

Rey was previously one of the co-founders of The Dr. Edgar Mitchell FREE Foundation, a 501c3 academic research institute comprised of 12 Ph.D. academics and lay researchers who recently completed a 5-year comprehensive, worldwide, academic research study on UFO Contact Experiencers.  The late Apollo 14 Astronaut Dr. Edgar Mitchell, the 6th man to walk on the Moon and the founder of the Institute for Noetic Sciences, and Dr. Rudy Schild, Emeritus Professor of Astrophysics at Harvard University, were two of FREE’s co-founders.

Rey graduated with honors from Rutgers College, was a Masters Candidate at Cornell University, and was a Ph.D. Candidate at the University of California at Berkeley where he was the recipient of a National Science Foundation Ph.D. Fellowship.  He previously was a Professor for six years at the New School for Social Research and at the City University of New York.  He is currently an attorney with the US Dept. of Treasury in Miami, Florida.

Rey is one of three co-editors of the historic 820-page book titled “Beyond UFOs: The Science of Consciousness & Contact with Non-Human Intelligence (Volume 1)”, which was based on FREE’s 5-year comprehensive academic research study on UFO-related contact experiencers.  He has also published in several peer-reviewed academic journals including the Journal of Consciousness Studies and the Journal of the Society for Scientific Exploration.  Rey’s new projects are a 3-volume book and a full feature science documentary titled “A Greater Reality:  The New Paradigm of Consciousness, the Paranormal, and the Contact Modalities”.

Ishtar (Thomas Howell) is a meditation teacher, Ishaya monk, gardener, writer, and intuitive astrologer. A sense of himself as Presence was a pronounced feature of his life until about age 7. At age 13, he was in a car accident that took his mother’s life, and initiated an NDE that brought about a profound experience of Samadhi that in the subsequent months he experienced right along with an intense process of grieving. After the Presence faded, he longed to return, resulting in an energetic spiritual search. At 17 he began a regimen of meditation practices and ascetic disciplines that included waking to cold showers at 3 AM, fasting, and 6 hours of daily meditation practice. Longing to find his path, he encountered a practice known as the Ishayas’ Ascension, an effortless and deeply pleasurable form of meditation, which he quickly recognized as the path for which he’d been searching. Several months after learning Ascension, he found himself living on the Oregon coast in a monastic environment dedicated to the practice.

The ashram life brought about a rapid acceleration of growth, leading to ever more consistent experiences of Silence, in closed eyed meditation practice, while cooking in the community’s café, doing service work, and planting gardens. After going through a 6-month intensive Teacher Training program, that involved 12-16 hours of closed eyed meditation a day, he began teaching classes around the world, and living in various regional meditation centers around the world. Seeming, miracles, wild manifestations, witness consciousness, and celestial perception were frequent occurrences, as Awareness slowly but surely saturated more and more of life.

In 2008, he left his monastic organization and then took an extended break from meditation teaching. The years lived outside the semi cloistered environment of the ashram were often challenging, but ultimately led to a more deeply anchored Presence. Subtle barriers fell, opening to the experience of the world as the Self. This process continues to unfold and expand.

Since 2014, he has again been teaching Ascension and working as a spiritual guide, giving people a reliable practice with which to cultivate Awareness and assisting people in relaxing into Presence as a constantly lived experience. Since 2015 he has also been working as an intuitive Astrologer, with a primary focus on helping people align more completely with their soul’s purpose. More information can be found at these websites: ascension-meditation.com and awakenedlightastrology.com.