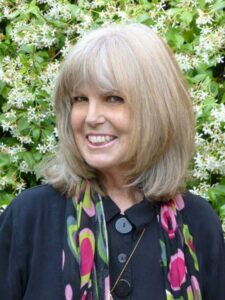 Sandy Jones is the Literary Executor to the William Samuel legacy.  In 1996, she was given his entire catalog of works and today is the spokesperson for William Samuel’s message- publishing and promoting the entire William Samuel catalog.

In addition to being the registered agent for the works of William Samuel,  she is the owner and mentor of the Woodsong Center for Self-Discovery located in Ojai, California.  The Center hosts gatherings for readings and group discussions based on William’s message.  Sandy is also the proprietor of Celestial Song Mystical Emporium a popular gift shop and gallery located in Ojai, CA.

Sandy is an accomplished artist and  writer, currently writing a book, which she says “is simply a joyful expression of my love for Life and the Living Unbound Beauty and Peace that has found me.”  The book, currently untitled, is scheduled to be published in the Spring of 2015.  You can find more of her art and writings on her website woodsongjournals.com.

Book: Barefoot at Heart: The Alchemy of Love and the Power of Light 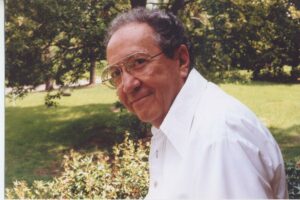 William Samuel was a prolific writer and teacher.  William Samuel was known as the “teacher’s teacher” perhaps because so many teachers came to study with him. There was an inordinate number of philosophers, theologians, and members of the academe. In the later years there came physicists and mathematicians. It seemed to William that he would get the most earnest and dedicated students of Truth. Quite a number of Taoists and Buddhists had found William’s message and came to study–even some who were called Masters. Many have gone from his study to become authors, writers and teachers. In some marvelous way his story has been found by the metaphysical and scientific elite of all the word–at least by a few. He said “When it is told perfectly, my whole world will hear.”

“Every teacher, book, writer, practitioner, sage, guru or peanut vendor, by whatever name, title or label they go by, is an aspect of the Awareness (Identity) “we” are. We take the book from the shelf most likely to render a specific service at a given moment. Exactly so, we have appeared to go to the philosophy, teacher, church, friend, stranger or peanut vendor that has unfolded as sufficient for the moment–but that philosophy, teacher, church, friend or stranger is within the awareness We are. So is the peanut vendor. We are forever looking at our Self.”…..William Samuel

William Samuel was one of the first Americans to sit with Ramana Maharshi  The story of his visit goes something like this:

At 18 years old he graduated from Clemson and was immediately made captain of infantry and sent off to battle in China, during W.W.II While in China, William’s troops were doing battle along with the British and Indians near the Burmese border. It was during that time when William apparently was given some much needed R&R. He took advantage of that time and went to see Ramana Maharshi in Tiruvannamalai, South India. William, at that time, was only 21 years old. This two-week visit took place in April of 1944. It is believed that William was among the first American students to visit Sri Ramana. Up until then, the visitors were mostly Indian and British.

Soon after William’s visit, many more westerners began coming to see Sri Ramana. With grace, respect and humble words, William tells the story of his visit:

“Some years ago I was honored to be the first American student of a renowned teacher in India. For fourteen days a group of us sat at the feet of this “Master,” during which time he spoke not one word—not so much as a grunt—until the final day when he bade us farewell and assured us we had learned much. And to my surprise, I had. It took months before the seeds of those silent days began to sprout one by one, revealing that there are indeed many things for which the uptight, recondite babble of books and teachers is more hindrance than a help.”

William was indeed a master teacher who had found a way to communicate honestly and clearly his insights on the Absolute and the premises of the metaphysical, subjective view now often called non-duality.

A longer version of his biography can be found here.