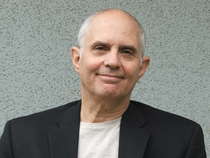 Philip Goldberg has been studying India’s spiritual traditions for more than forty years, as both a practitioner and an author.  After teaching Transcendental Meditation in early 1970s, he became a professional writer and has written or co-written 19 books, including The Intuitive Edge, Making Peace With God, Roadsigns on the Spiritual Path and his most recent work, American Veda: From Emerson and the Beatles to Yoga and Meditation, How Indian Spirituality Changed the West. The book was greeted by enthusiastic reviews from journalists and experts in the field.

He is also published novelist and a member of both the Writers Guild of America and the Authors Guild.  His blogs appear regularly on the Huffington Post, Elephant Journal and other sites.

An ordained interfaith minister and spiritual counselor as well, Phil was the founding director of the Forge Guild of Spiritual Leaders and recently created Spiritual Wellness and Healing Associates (SWAHA) in Los Angeles, with his wife, acupuncturist Lori Deutsch.  His website is PhilipGoldberg.com. This page within that site is dedicated to American Veda.

Video and audio below and as a Podcast.