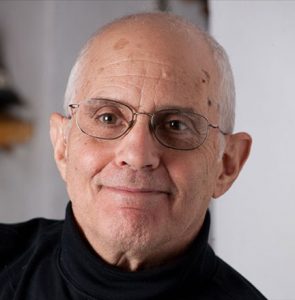 Philip Goldberg has been studying the world’s spiritual traditions for more than 50 years, as a practitioner, teacher, and author. He trained as a Transcendental Meditation teacher with Maharishi Mahesh Yogi in 1970 and later became an ordained Interfaith Minister and spiritual counselor. As a public speaker and workshop leader, he has lectured and taught at major venues throughout the U.S. and India. As a professional writer, his articles and blogs have appeared in numerous print and online publications, and he has authored or co-authored more than 25 books, including an upcoming novel and such celebrated nonfiction as:

He has produced e-courses for Spirituality & Practice and has taught many online courses, most recently, The Yoga of Intuition and Creativity, Four Pathways to the Divine, How Hindu Dharma Transformed the West, and the forthcoming An Immersive Exploration of the Iconic “Autobiography of a Yogi.” His special 12-part series, Spiritual Practice for Crazy Times, for Unity Online Radio, features interviews with well-known spiritual teachers. He is currently working on two nonfiction books and a sequel to his novel. In addition, he blogs regularly on Elephant Journal and Spirituality & Health, cohosts the popular Spirit Matters podcast and YouTube channel and leads American Veda Tours to India. He serves on the board of the Association for Spiritual Integrity. His website is PhilipGoldberg.com.