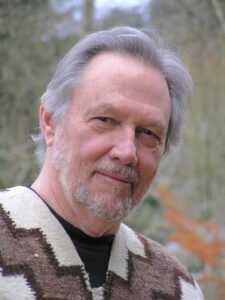 Since the Center for Sacred Sciences was founded in 1987, Joel Morwood has served as the spiritual director and primary teacher for its community of practitioners. Joel’s first book, Naked Through the Gate: A Spiritual Autobiography, second edition

, tells the story of his own spiritual path, culminating in Gnosis, or Awakening, in 1983. Here is some of what Joel has to say about himself and his role:

Some people who have come to me have been disappointed to discover that I have no supernatural powers to transmit, no magic wand to wave, no extraordinary knowledge to dispense which can make them instantly wise, loving, and happy. “Who, then, are you?” they ask. “What’s your secret?” My secret can be summed up in one word: Selflessness. Selflessness is the Truth. Selflessness is the Way. Selflessness is the Fruit. In reality, there is no ‘you’ nor ‘I’ nor any ‘self’ whatsoever. There is only Consciousness Itself—the One True God—which is what we are. All that is necessary is to Realize This, because to Realize This is Wisdom, to Live This is Love, to Be This is Happiness. So, if you really want to know my secret, look to your ‘self’. In finding the source of your ‘self’, you will find Consciousness Itself, and nothing else. Then, you, too, will be free of your self and all its sufferings.

Joel has no special religious attire. In fact, he often wears old blue jeans, sweatshirts, and a Mexican poncho. He is married, enjoys movies, drinks wine, and interacts with others much like any other guy. Joel speaks from his own Realization or Gnosis. Although he makes use of stories, texts, and practices taken from many different traditions, his interpretations are always spontaneous, direct, and personal. He continually points beyond mere intellectual understanding to a Truth that is beyond both thought and experience. Moreover, he constantly links the teachings of the mystics with concrete examples drawn from daily life so that one can see how they actually relate to one’s own experiences. In all this Joel displays an intuition, sensitivity, and humor which could never have come from book-learning alone. Moreover, because Joel has no pretensions about being someone special, he is approachable not only as a teacher but also as a friend. He is a wonderful listener who knows how to pierce right to the heart of a problem. Often he can point out ways of viewing a situation from an entirely new perspective, yet he always insists one take responsibility for making one’s own decisions. Moreover, when he has no advice to offer, he doesn’t hesitate to say, “I don’t know.”

Joel is a teacher who always challenges his students to investigate the mystics and their teachings for themselves. Far from demanding blind obedience, or even verbal agreement, he encourages them to explore various teachers, to compare what he says with the teachings found in the great mystical traditions, to test all these teachings against our one’s experience, and to test one’s own experience against the hard realities of life. In his view, a true spiritual path never leads one away from reality but, on the contrary, forces one to face it squarely, no matter how ugly or painful it may appear. It is only by getting to the bottom of suffering that we can be free of suffering. Beyond that suffering, Joel assures us, there is the Boundless Joy of Consciousness Itself—and, indeed, with his guidance, we sometimes catch a glimpse of this as well!

Finally, Joel receives no financial remuneration from the Center. His teachings are given as a labor of love freely to all—although occasionally he has asked for personal donations to cover special needs, like the time he needed a suit for his marriage.

Talk by Tom McFarlane referred to during the interview: Einstein, Buddha, Reality: The Nondual Roots of Science