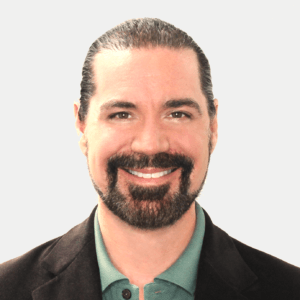 Dr. Jeffery A. Martin is a founder of the Transformative Technology space, and a social scientist who researches personal transformation and the states of greatest human well-being. He’s spent the last decade conducting the largest international study on persistent non-symbolic experience (PNSE), which includes the types of consciousness commonly known as: enlightenment, nonduality, the peace the passeth understanding, transcendental consciousness, unitive experience, and hundreds of others. More recently, he has used this research to make systems available to help people obtain profound psychological benefits in  a rapid, secular, reliable, and safe way.

His research began with over 1,000 individuals who claimed to experience PNSE. This resulted in a reliable, cross-cultural and pan-tradition classification system for these types experience. Jeffery’s current work involves helping people use what’s been learned to make the life-changing transformation into PNSE. His most recent study achieved strong validation, with over 70% of participants reaching ongoing non-symbolic experience in less than 4 months. His interest in Transformative Technology comes from a belief that findings like his can be translated into mass consumer technologies and affect billions of lives worldwide. Since 2008 he has worked to bring together the stakeholders from academia, technology, business, finance, and public policy to create a sustainable technology space that dramatically improves human well-being.

A bestselling author and award-winning educator, Jeffery has authored, co-authored, or co-edited over 20 books and numerous other publications. His work has regularly been featured at leading academic conferences worldwide, as well as major public forums such as Deepak Chopra’s Sages and Scientists Symposiums, Wisdom 2.0, the Science and Nonduality Conference, the Asia Consciousness Festival, and TEDx. He has been covered in media as diverse as Fast Company, the South China Morning Post, and PBS’s Closer to Truth, and been an invited speaker at many leading universities including: Harvard, Yale, Stanford, University of California, University of London, Hong Kong Polytechnic University, and the National University of Singapore.

Jeffery’s academic work lies at the intersection of technology, psychology, cognitive science, neuroscience, and transformative studies. His research on non-symbolic consciousness began while he was a graduate student in Transformative Studies at CIIS and Psychology at Harvard.  He is the Founding Director of the Center or the Study of Non-Symbolic Consciousness and a Research Professor and Director of the Transformative Technology Lab at Sofia University. In addition to these, he holds a number of additional appointments across a variety of institutions worldwide, and serves on many advisory boards.