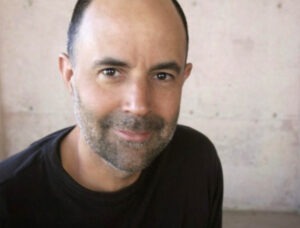 Henry Shukman (Ryu’un-ken) is an Associate Zen Master of the Sanbo Zen lineage, based in Kamakura, Japan. He has trained primarily with Joan Rieck Roshi, Zen teacher John Gaynor, Ruben Habito Roshi, and now continues his training under the guidance of Yamada Ryoun Roshi, current abbot of Sanbo Zen. Henry is dedicated to what he sees as core Zen training—clarifying our essential nature to our own satisfaction, and thereby finding true peace of mind, and then living that essential nature in every moment of daily life, in freedom, love and deep responsiveness.

As it happens, Mountain Cloud Zen Center was originally founded by a teacher whose training also took place within Sanbo Zen back in the 1950s, and Henry is the first Sanbo Zen teacher to have taught at Mountain Cloud since its founder.

Henry is a writer and poet of British-Jewish origin, who has published eight books to date, of fiction, poetry and nonfiction. He writes regularly for Tricycle, The New York Times and other publications, and his most recent book is the poetry collection Archangel

. He lives near the center in Santa Fe, New Mexico, with his wife Clare and their two sons.

Henry adds, “At one point in our conversation I start to outline several “levels” of practice that have traditionally been outlined in zen. But partway through I slipped into another categorization of “wisdom levels” as given by Shinzen Young, a mentor of mine. I should have credited him. With apologies, I’m doing so now. Many thanks.”