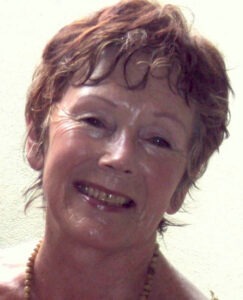 Gillian Ross has always found it difficult to put a label on her spiritual perspective. If pressed she would describe herself as a Christian Buddhist yogi and mystic with a penchant for Taoism! Over recent years, however, she has been happy to call herself a spiritual evolutionary or evolutionary mystic in the tradition of Teilhard de Chardin in the West and Sri Aurobindo in the East.

Born in the UK in 1940, she migrated to Australia as an academic in the early sixties. Her Western education gave her an Honours Science Degree, a Masters degree in Philosophy and a Doctorate in the Behavioural Sciences but left her feeling increasingly restless and unfulfilled. There was a growing awareness that her intellectual conditioning had disconnected her from the natural spontaneity and mystical riches of her childhood.

The deep love she felt for her children awakened lost memories of spiritual connection. She began to meditate, practice yoga and study Eastern philosophies. In her early forties, she left her marriage, her city life, and academic career and took her family of two young sons, two dogs and two cats off to the Blue Mountains of NSW to explore an alternative lifestyle. She has never looked back! After many years of feeling like a fish out of water, she came to understand what it means to “flow in the current of the Eternal Tao”.

She trained as a yoga teacher and shiatsu therapist and has become a best selling ABC author (Australian Broadcasting Corporation) of relaxation and meditation CDs and a yoga video as well as publishing four books on science and mysticism and the evolution of consciousness.

After her sons left home she moved even further into the wild. Over the last 20 years, she has fallen in love with 40 acres of natural bush adjacent to a powerful sacred aboriginal site in Northern NSW. She nurtures it as a haven for spiritual retreats and residential weekends on evolutionary spirituality and mystic meditation, delighting in sharing with others some of the philosophies and practices that have helped to bring her out of spiritual bleakness into a lasting sense of peace, purpose and, above all, joy.