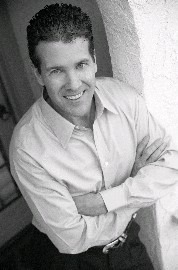 Gary Crowley was born in 1965 and was raised in Massachusetts as a practical-minded New Englander. He graduated from Stanford University in 1987 with degrees in Economics and Political Science.

At a young age, he was attracted to Eastern philosophy and spiritual writings that seemed to offer a glimpse of something greater than the life he had known growing up.

However, by 2001, Gary finally gave up on all forms of spiritual seeking after decades on the path. He surrendered under the weight of the many well-intended spiritual teachings he’d accumulated over the years. All the study had not caused the shift in awareness that he’d so earnestly sought and had been so often promised.

The problem, he then realized, was that he had been simply piling up concepts without addressing the very foundation – his sense of “self” – that was doing the seeking.

He discovered that it is only by dismantling our assumptions about “who we are,” rather than merely describing a state of being such as oneness or wholeness, that we can bring about a natural opening to a new way of experiencing life.