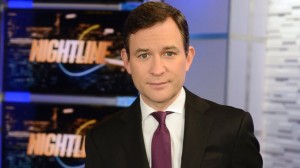 Dan Harris is the author of 10% Happier: How I Tamed the Voice in My Head, Reduced Stress Without Losing My Edge, and Found Self-Help That Actually Works–A True Story.

The book was published in March 2014 and appeared number 1 on the New York Times Bestseller List. His most recent book is Meditation for Fidgety Skeptics: A 10% Happier How-to Book

He was named co-anchor of ABC News’ “Nightline” in October 2013. He is also co-anchor of the weekend edition of “Good Morning America,” a position he has held since October 2010. As well, Harris files reports for “World News with David Muir,” “Good Morning America,” ABC News Digital and ABC News Radio. For four years, he anchored “World News Sunday.”

Harris joined ABC News in March 2000 and has covered many of the biggest stories in recent years. He reported on the mass shootings in Newtown, Connecticut, Aurora, Colorado and Tucson, Arizona, and natural disasters from Haiti to Myanmar to New Orleans. He has also covered combat in Afghanistan, Israel, Gaza, and the West Bank, and has made six visits to Iraq.

He has traveled around the globe for ABC News, embedding with an isolated Amazonian Indian tribe, questioning drug lords in the lawless slums of Rio, and confronting the head of Philip Morris International over the sale of cigarettes to Indonesian minors. Harris has made it a priority to shine a light on the world’s most vulnerable populations, producing stories about child slaves in Haiti, youths accused of witchcraft in the Congo and predatory pedophiles who travel from the U.S. to Cambodia. He has also covered endangered animals from such diverse datelines as Namibia, Madagascar, Papua New Guinea and Nepal.

Domestically, Harris has led ABC News’ coverage of faith, with a particular focus on the evangelical movement. He scored one of the first interviews with former pastor Ted Haggard after his sex and drugs scandal. He has also interviewed Mormon apostles, Roman Catholic cardinals, self-help gurus, and atheists.

In other domestic coverage, Harris has reported on politics, business and criminal justice, including once spending 48 hours locked up in solitary confinement for a story about whether this form of incarceration is inhumane. In 2012 he anchored ABC News Digital’s Election Night debate and inauguration coverage.

Harris has been honored several times for his journalistic contributions. He received an Edward R. Murrow Award for his reporting on a young Iraqi man who received the help he needed in order to move to America, and in 2009 won an Emmy Award for his “Nightline” report, “How to Buy a Child in Ten Hours.” In 2013, he received the ASPCA’s Presidential Service Award for Media Excellence.

A graduate of Colby College in Waterville, Maine, Harris also holds honorary doctorate degrees from Colby and Massachusetts College of Liberal Arts. He was raised in Newton, Massachusetts, a suburb of Boston, and currently lives in New York City.