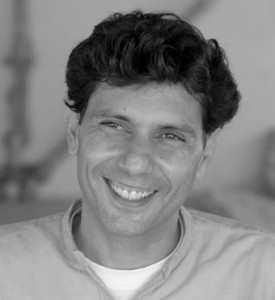 At the age of 4 or 5 I was already feeling puzzled and confused by human behavior.

At the age of 11, due to the discovery of the identity of my real mother, I lost respect and credibility for human culture and there arose in me an urge to understand the unreasonable behavior of humans.

The search for truth started in the streets and I went through multiple phases: drugs, alcohol, religion, shamanism, spiritism, politics, revolution and spirituality.

I didn’t find anything there but brief moments of tranquility – nothing permanent and tangible that could be called THE TRUTH – so I decided to find the truth for my self by my self. But I couldn’t, so I surrendered. And there and then I realized there is nothing to understand.

In an instant, the clarity of this truth was there in such an obvious way and interpreted intellectually in this way: the one that perceives, the act of perceiving and what is perceived are one and the same. Separation simply does not exist. There is nothing to understand or to attain. There is only the totality. Life is an indivisible unit.