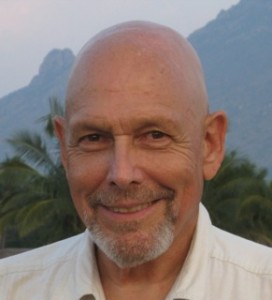 Satsang with Bob Nickel is a great opportunity to be with someone who points to the pure truth of Awakening in a simple and clear way.

One of the recent attendees at Bob’s satsang wrote, “I was deeply moved by Bob’s blissful presence as well as the clear insight he is able to share with everyone into the deeper truths of life and ourselves. I could feel that Bob speaks from his own personal experience, those same truths shared through the ages by many of the great sages.” Bob has been freely sharing in the non-dual Advaita tradition since 2004.

He experienced his first spiritual epiphany at the age of nineteen, followed later by other special experiences. In recent years it has become clear to Bob that all experiences, which by nature come and go, have nothing whatsoever to do with the Truth that one essentially Is. His satsangs are dedicated solely to making Ramana Maharshi’s invitation to Self-Inquiry available to everyone, as a direct and immediate means to Self Knowledge, inviting all to simply abide effortlessly as That which one is, right here and right now.

Bob has been traveling back and forth between India and the U.S. since 1999, living in India during the fall and winter months at the foot of the holy mountain, Arunachala, near the ashram of Sri Ramana Maharshi. He has been traveling the rest of the year holding satsang where invited to do so.

Cancer has returned to Bob’s body. When he left for India in late April, 2011, his doctors said he was cancer-free. That has changed. In early September his physicians gave him about six months. Rather than just rest, Bob’s desire is to spend his final days sharing Ramana Maharshi’s Invitation to Self Inquiry to all who wish to hear it.