Chris Bache, Ph.D., is professor emeritus in the Department of Philosophy and Religious Studies at Youngstown State University where he taught for over 30 years in the psychology of religion, transpersonal studies, Buddhism, and world religions. He is also an adjunct professor at the California Institute of Integral Studies in San Francisco and for two years was the Director of Transformative Learning at the Institute of Noetic Sciences in Petaluma, CA.

An award-winning teacher and international speaker, his work explores the philosophical implications of deep non-ordinary states of consciousness, especially psychedelic states.  He has written a pioneering book in psychedelic philosophy and collective consciousness, Dark Night, Early Dawn: Steps to a Deep Ecology of Mind. In addition, he has written Lifecycles: Reincarnation and the Web of Life, a comprehensive study of reincarnation and karma in light of new information emerging in contemporary consciousness research.  In his book The Living Classroom: Teaching and Collective Consciousness, Chris presents his revolutionary ideas concerning the transpersonal dimensions of teaching.  In addition to working with sacred medicines, Chris has been a Buddhist practitioner for many years. 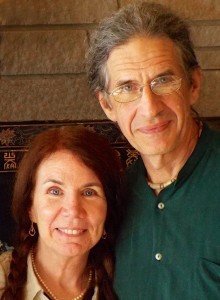 Jeffrey and Cielle Backstrom call their work “Stepping Into Freedom”, explaining that “with each step we release or transcend old, limiting patterns of being-seeing-acting… and open to the beings our souls are calling us here to become.” They offer shamanic healing work and deep practices to facilitate embodied awakening and opening to the soul’s calling.

In the past several years, Jeffrey and Cielle have studied with indigenous medicine workers and teachers in the Andes and the Amazon basin, who represent ancient traditions grounded in the Sacred Feminine and Mother Earth. Since 2009 they’ve been welcoming their students to accompany them to experience these connections for themselves.

These traditional practices include the use of sacred plants in healing, divination, and spiritual transformation. 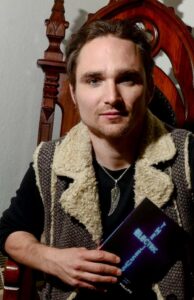 Talat Jonathan Phillips is a co-founder of the cutting edge web-magazine Reality Sandwich and The Evolver Network and is a well-regarded life coach and Bioenergetic healer who has been practicing for over a decade. His memoir, The Electric Jesus: The Healing Journey of a Contemporary Gnostic, has become one of the must-read books of the new consciousness movement for its honest portrayal of life on the emerging edge of the transformational culture. He is the creator of The Ayahuasca Monologues: Tales of the Spirit Vine, a religion blogger for the Huffington Post, a Reiki Master and Bioenergetic Healer who does Skype sessions for clients around the world and in his San Francisco office. 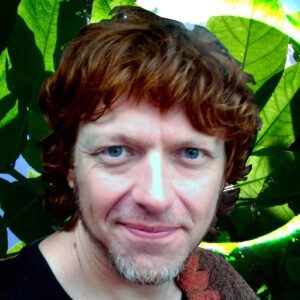 Rak Razam is the author of two books:

In 2006 he visited Peru on a feature magazine assignment to see what the almost mythical archetype of the shaman was really like in the 21st century. Excerpts from AYA, A Shamanic Odyssey have been published in Australian Penthouse (Sept 2006); High Times (Aug 2007); and Filmmaker magazine online (Oct 2007). He was also interviewed and appears in the CBC’s 2007 audio documentary In Search of the Divine Vegetal talking about his Ayahuasca experiences, which has been broadcast twice due to special demand to millions of people throughout North America. A founding editor of Undergrowth, Australia’s leading counterculture arts and literature magazine, Razam is an “experiential journalist” that participates in the experiences he writes about, giving his global audience an intimate familiarity with his subjects. For more information visit www.rakrazam.com. “Like” Aya Awakenings on Facebook.