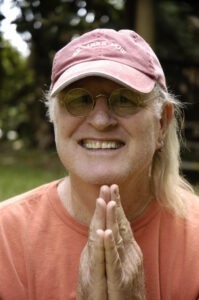 Tom Catton has been in long-term recovery since October 20, 1971. His story appears in a twelve-step fellowship text with more than seven million copies in circulation around the world. Tom is invited to speak in the US and internationally several times a year at twelve-step conventions in front of audiences ranging from 500 to 10,000 people. He has been taking twelve-step meetings into the prison system in Hawaii since 1984. He has been active in service positions over the years, including serving on a committee that met for over three years to write a recovery text for a twelve-step fellowship.

Tom is author of The Mindful Addict: A Memoir of the Awakening of a Spirit

Tom is on the advisory board of the Buddhist Recovery Network, and is also trained in Tibetan singing bowl therapy. He leads a Buddhist recovery meditation group that meets twice a month in Hawaii. Trained in MBSR Mindfulness Based Stress Reduction; also initiated in several schools of meditation and has practiced daily for 40 years.