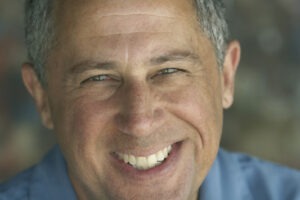 In January of 2012, Robert was diagnosed with stage 4 lung cancer and told he had nine months to live. However, consistent with his contrarian nature, he lived a productive life until passing away in 2017.

Robert was struck by a strong curiosity about life when he was 11, which propelled him into years of globe-trotting adventures. In 1973, Robert met Swami Muktananda and spent the next 10 years studying with him. Since 1985, Robert’s professional motto was Have Mouth, Will Travel, and he was known as an iconoclastic self-awareness facilitator, speaker, leadership adviser, and mentor to people from all walks of life. He led “Conversations on the High Wire” and presented programs in “The 5 Principles of Authentic Living” and “Speaking Truthfully.”

Robert published eight books and more than 250 articles on the themes of meditation, self-inquiry, leadership, authentic living and speaking, and spiritual activism. In the early 1990s, he wrote a pioneering column for The New Leaders’ executive newsletter entitled “The Corporate Mystic.” He contributed original essays to three leading-edge anthologies and was interviewed for The Awakening West, a collection of conversations with contemporary Western wisdom teachers.

His résumé of speaking engagements includes more than 350 of his distinctive inquiry-based seminars and talks to such organizations as State of the World Forum, California Institute of Integral Studies, Institute of Noetic Sciences, International Conference on Enlightenment, Inner Directions Conference, and International Coach Federation.