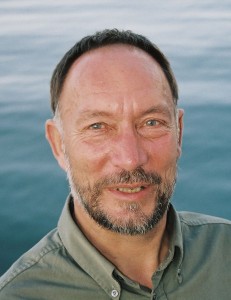 Peter holds degrees in theoretical physics, experimental psychology, and computer science from the University of Cambridge, England, where he was a student of Stephen Hawking. Following university he went to India, to study meditation and Eastern philosophy. In the 1970s, he pioneered the introduction of personal growth programs to corporations, running courses for senior management on creativity, stress management and sustainable development.

He coined the term “global brain” with his 1980s bestseller of the same name in which he predicted the Internet and the impact it would have on humanity. His other books, which include Waking Up in Time: Finding Inner Peace in Times of Accelerating Change, and From Science to God: A Physicist’s Journey into the Mystery of Consciousness, and his visual presentations and videos have won international acclaim and awards.

Peter’s work integrates Eastern and Western understandings of the mind, exploring their relevance to the world today and to humanity’s future.