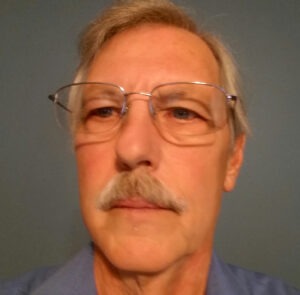 Maury Lee was raised on three continents. He was the oldest son of Baptist missionaries. The oldest son since the sixteenth century had been a minister. Maury Lee turned out to be the black sheep. Even as a small child he felt that something was not right with the theological interpretation of Jesus. He had a deep intuition that the missionaries did not know the truth, even though they proclaimed to.

In childhood, Maury Lee was able to watch and observe the missionaries in the Belgian Congo close up. He did not feel that they were honest with themselves. He saw that their belief covered many fears. Maury Lee did not feel that belief based on fear could be open to experiencing truth directly. When all the kids began getting Baptized, he told his father that it would not be right to get Baptized just because others were doing it. He told his father that it would only be meaningful if he was out on his own, not dependent on his parents, or the church. His father saw the truth of this and respected Maury’s wishes. Maury was never baptized.

Maury moved every year until the age of fourteen. His parents took his family to Belgium at the age of eight. He was thrown into a French school there, taking the tram and walking to school. Then to the Belgian Congo (now the Democratic Republic of the Congo – DRC). He lived summers in the bush, and the school year in Kinshasa at a boarding school. He was just as deeply immersed in the primitive culture of the natives as he was in French schools. There was a lot of Bible study as well.

Maury attended high school in Kinshasa, DRC; Atlantic City, New Jersey; and Brussels, Belgium. He went to college in Southern California in the late sixties with the drug culture in full swing. He did not need any drugs to lose his mind. Being away from parents, relatives, and friends, all his doubts came up full-blown. All beliefs he was taught began to fall away. Existential questions arose that could not be easily answered. After getting a Master’s degree in counseling and participating in Gestalt and Primal therapy, enlightenment became his primary pursuit. In time he realized that he was the open nondual awareness the sages speak of. That was the end of the search, but just the beginning of embodying what it means.