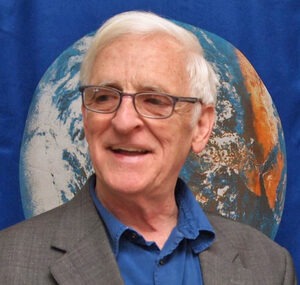 Matthew Fox is a spiritual theologian, an Episcopal priest, and an activist.  As a spiritual theologian he has written 34 books that have been translated into over 60 languages. Among them are Original Blessing, The Coming of the Cosmic Christ, A Spirituality Named Compassion, The Reinvention of Work, The Hidden Spirituality of Men, Christian Mystics, and The Pope’s War. He has contributed much to the rediscovery of Hildegard of Bingen, Meister Eckhart and Thomas Aquinas as pre-modern mystics and prophets. Fox holds a doctorate in the history and theology of spirituality from the Institut Catholique de Paris. The founder of the University of Creation Spirituality in California, he conducts dozens of workshops each year and is a visiting scholar at the Academy for the Love of Learning in Santa Fe, NM.

In joining the Episcopal church over 20 years ago, Fox has been working with young people to reinvent forms of worship by bringing elements of rave such as dance, dj, vj and more into the Western Liturgy.  The Cosmic Mass has been celebrated over 100 times and in dozens of cities in North America.

Fox is recipient of the Abbey Courage of Conscience Peace Award (other recipients being the Dali Lama, Mother Teresa, Ernesto Cardenal and Rosa Parks), the Gandhi King Ikeda Award, the Tikkun National Ethics Award and other awards.

His latest books are Order of the Sacred Earth: An Intergenerational Vision of Love and Action; Stations of the Cosmic Christ; and A Way to God: Thomas Merton’s Creation Spirituality Journey. He teaches regularly at the Fox Institute for Creation Spirituality in Boulder, CO and resides in Vallejo, CA.