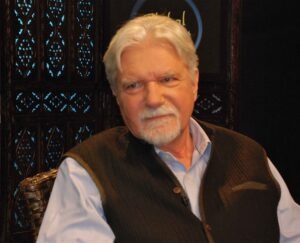 Kabir Helminski is a Shaikh in the lineage of Rumi, and co-director of The Threshold Society. His translations of Rumi and books on spirituality, Living Presence

and The Knowing Heart

, have been published in at least eight languages. In 2009 and subsequent years Kabir was named as one of the “500 Most Influential Muslims in the World” by the Royal Strategic Studies Center (Jordan). He has toured North America as Shaikh with the Whirling Dervishes of Turkey bringing Sufi culture to more than 100,000 people. His latest book is Holistic Islam: Sufism, Transformation, and the Needs of Our Time