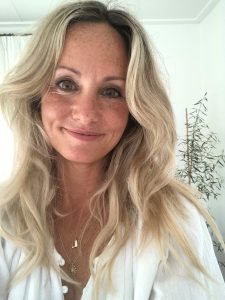 Lucy was raised in a low socioeconomic household and neighborhood, by a young single mother in New Zealand in the early 1980s.

The lack of resources available in childhood resulted in a shrinking of her outer world to what she thought of –  years later – as a kind of welfare-child ashram. Within the home, and outside of it, there were few distractions or ability to go anywhere else, and significant trauma – all forcing her to go within to what she thought of as “the deep stillness and light inside” to rest, find nourishment, solace, and strength.

At 19 she experienced her first shift, seeing through the personality, and subtle perceptions revealing themselves.

She never thought much of it, there had already been so much light inside, and she was so thrilled to be in the world finally so she simply went on with living.

On return to NZ at age 31, she suddenly became extremely ill.  For six months, she was mostly bedridden. Doctors, both natural and traditional, could not find the source of the illness.

Over the next few years, she had to work to earn an income but there was no strength for much else. The pain in her body was ever-present, and the fear of not knowing if this was her life forever now, was sometimes crippling.

She was forced to exist in a kind of in-between world again – of much aloneness and silence, aside from work.

After a few years of significant illness, she recovered strength enough to live a semi-normal life. But any time she tried to do too much, she was knocked back into illness.

By 35 she was in a leadership role at a non-profit, married, with a baby on the way, just surviving day-to-day with the pressure on her physical body.

On becoming a mother, she was plunged into a level of blackness that was completely shocking and previously unknown.

For more than two years she descended into complete separation and couldn’t hear the guidance that had always accompanied her in her life. For the first time ever she couldn’t feel God.

In 2018, after more than two years of immense struggle, an unexplainable and absolute surrender took place within, in a moment, as her two-year-old cried and reached for her.

Within two months she had left the career she loved to rest in what she thought of as silence. For around a year and a half, she couldn’t do much else.

Lucy had never been exposed to spirituality, nor did she know anything about its concepts or traditions. She thought meditation was for “those hippy people.”

Because there had been no conscious spiritual search, she had no context for what was happening. Often it was so beautiful and joyful – she didn’t need to know. There was an innate sense of trust and recognition that went beyond what needed to be seen or understood with the mind.

When the need to understand did arise – some online searches helped a little, but often it all felt overwhelming, and she preferred sitting in silence to hear from within. Guidance and teaching were always present and given through hearing and images. Despite this, when particularly strange things would occur the need for the mind to understand would return.

One night in 2019, before sleep, in heartfelt prayer she asked for help to cut through all the online noise and finally really grasp what was going on. There was a felt sense of need for community.

As she was awakening in the morning, she heard the words “Buddha at the Gas Pump”. Lucy says, “I was stumped. I had no idea what that meant, but Googled it and found BatGap. As a result, my life has changed. Over the years BatGap has supported me deeply in the process – nurturing trust and allowing everything to unfold as it wants to.”

From then until now, Lucy has been called over and over into deeper surrender. She has had further shifts and many clearings. Her career of 15 years, husband/partner of 16 years, many friends, and her home – all things she loved dearly – have fallen away.

She has never had a teacher and has read very little. She is not selling anything and makes no claim to know anything.

It seems to her that there is nothing to know, or that can be known. There is no one way and no right way. There is only your way, to be honoured and cherished and fallen into more and more deeply in every breath.