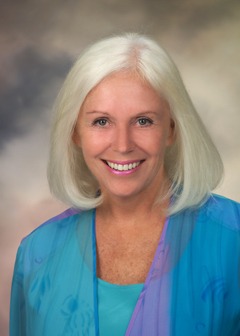 Katie Davis is a spiritual teacher and author who offers satsang worldwide. She is a graduate of the University of Washington, a former secondary school educator, a former owner of aerobics studios in the Pacific Northwest and mother of two.

She is author of Awake Joy: The Essence of Enlightenment and since 1999, she has been traveling to share with people the radical possibility of Self-realization that is the end of all suffering, separation and the key to world transformation.

Katie Davis was a Keynote Presenter at the Vancouver BC Convention Centre in Canada. She offers spiritual talks at church services or spiritual gatherings, corporations, hospitals, professional communities and organizations, schools, television and radio shows, as well as for community organizers worldwide that are offering talks in the form of satsang in public meetings, intensives, and silent retreats.

In 1986, Katie Davis radically and spontaneously awakened to the ultimate reality of who we really are without practices or teachers. She had never meditated or even heard of enlightenment, Advaita Vedanta, Non-duality or Self-realization. Katie had no intellectual reference whatsoever for what had occurred.

In 1988, Katie met her future husband, Sundance Burke, author of Free Spirit: A Guide to Enlightened Being, who had similarly awakened in 1982 with Satoshi (Osho) and Shunyata, named the Rare Born Mystic by his friend, Ramana Maharshi, one of the most cherished sages of modern-day India.

Katie Davis is a world spiritual teacher and a current resident of Seattle, Washington, USA.