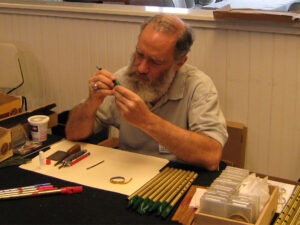 Jerry Freeman has been practicing Transcendental Meditation, the advanced techniques of TM, and the TM Sidhis program beginning shortly before turning nineteen, over 40 years ago. He was trained by Maharishi Mahesh Yogi as a teacher of Transcendental Meditation the following year, lived for some years in the semi-monastic program Maharishi founded, and has continued to study Maharishi’s teachings to this day. He writes about Maharishi’s insights into the development of higher major states of consciousness, as they relate to today’s discussions of Advaita, Vedanta, awakening, Self-realization and enlightenment.

He is presently working on a book on this subject, tentatively titled: The Enlightenment Puzzle: what everyone should know about awakening. In the book’s introduction, he states, “What I have to say here is not my own invention. … What I will say here is not an official presentation of Maharishi’s teaching, as it includes numerous observations and conclusions that are my own. However, the great insights about awakening, human consciousness, enlightenment, etc. are not mine. They are Maharishi’s

Jerry supports a family of adopted children, working as a musical instrument maker. His penny whistles are recommended by many Irish music instructors for their students, as they are affordable and very high quality, and they are played in performance and recordings by many of the most renowned performers of Irish music.