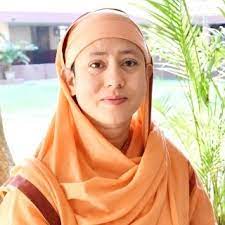 Pravrajika Divyanandaprana is a monastic member of Sri Sarada Math and is currently the Editor of the English journal Samvit published in New Delhi. She has been Principal of Nivedita Vidya Mandir School from 2014 to 2019.

She specializes in Yoga-Vedanta. In addition to studying the Ramakrishna-Vivekananda literature, she has extensively studied the Yoga-Vedanta texts based on these twin philosophies which include the Patanjali’s Yoga Sutras, Raja Yoga, Upanishads, and the Prakarana Granthas (auxiliary scriptures of Vedanta like Vedantasara, Vivekachudamani, etc.) along with their commentaries.

A gold medallist and topper, Pravrajika Divyanandaprana has a unique combination of knowledge in the conventional sciences and traditional Yogic and Vedantic texts. Pravrajika Divyanandaprana has been lecturing all over India since 2010, including at the Indian Institute of Technology campuses in Madras, Delhi (she has spoken many times at Vivekananda Study Circle of IIT-Delhi), Kharagpur, Mumbai, and Kanpur; Indian Institute of Science Bangalore; Delhi University; Vivekananda International Centre; Ramakrishna Mission; Engineering and Medical Colleges in Mumbai, Pune, and Kolkata; and sometimes in schools. She offers courses on Yoga-Vedanta every semester at IIT Delhi. The courses are available on YouTube at IIT’s official channel: NRCVEE IIT Delhi.

She has traveled to hold classes or deliver lectures in South Africa at Cape Town, Durban, Ladysmith, and Kwa Zulu Natal University among other places. Subsequently, she traveled to Ireland, Great Britain, UAE, and recently to Canada for talks, lectures, and scriptural discussions. She has spoken at Imperial College and Logan Hall, London University in 2013. In May 2018, she was in Toronto, Ottawa, Halifax, and Nova Scotia where she gave a number of talks on Self-Knowledge, exploring the Subjective Sciences, and finding the interface between Subjective-Objective Sciences. She has extensively traveled in the US and addressed Vedanta Societies of Iowa, Washington DC, and so on. Purdue University hosted her talk on Mind Management recently. 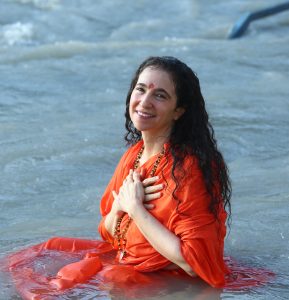 This interview centered around Sadhvi’s new book, Hollywood to the Himalayas: A Journey of Healing and Transformation. Her website dedicated to the book is hollywoodtothehimalayas.com.

Sadhvi Bhagawati Saraswati, Ph.D. is a renowned spiritual leader, author, and motivational speaker based in Rishikesh, India. Originally from Los Angeles and a graduate of Stanford University, Sadhviji has been ordained into the sacred order of Sanyas by her guru HH Pujya Swami Chidanand Saraswatiji and has been living at Parmarth Niketan Ashram for the past twenty-five years. She is the Secretary-General of the Global Interfaith WASH Alliance, an international interfaith organization dedicated to clean water, sanitation, and hygiene; president of Divine Shakti Foundation, a foundation that runs free schools, vocational training programs, and empowerment programs; and director of the world-famous International Yoga Festival at Parmarth Niketan Ashram, Rishikesh—which has been covered in Time, CNN, the New York Times and other prestigious publications and has been addressed by both the Prime Minister and Vice President of India. She serves on the United Nations Advisory Council on Religion and on the steering committees of the International Partnership for Religion and Sustainable Development (PaRD) and the Moral Imperative to End Extreme Poverty, a campaign by the United Nations and World Bank. She was also the Managing Editor for the monumental project of the 11-volume Encyclopedia of Hinduism. She oversees a variety of humanitarian projects, teaches meditation, lectures, writes, counsels individuals and families, and serves as a unique female voice of spiritual leadership throughout India and the world.

Some of the topics discussed in this interview:

Book: Vegetarianism: For Our Bodies, Our Minds, Our Souls & Our Planet 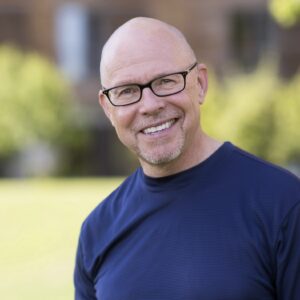 Stephen Cope is the Scholar Emeritus at the renowned Kripalu Center in Stockbridge, Massachusetts. He is the author of many best-selling books on the topic of yoga and meditation. For over thirty years, his interest has been in bringing important but esoteric yoga scriptures to the mainstream, including, most recently, the two-thousand-year-old spiritual classic called The Bhagavad Gita, or “The Song of God.” His new book on The Gita, entitled The Dharma of Difficult Times, will be released later this year.

Some of the points discussed in this conversation: