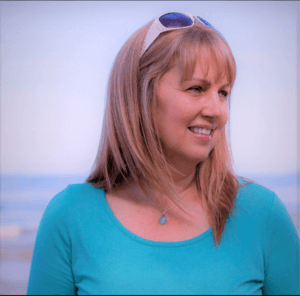 Jane Anderson-Ross is a wife, mother, and grandmother currently living in Rochester, NY.

Raised in a New Jersey suburb of Philadelphia, Jane always had the gifts of love and compassion, and even as a young child, felt that her life path was to help others heal.

But in 1988, during the throes of her own trials and difficulties, Jane had a transformation that was prompted by a singular prayer. She surrendered to the Divine Creator and asked, “Let me be Your Eyes, Your Ears, Your Hands, and Your Heart.” From that prayer, came what she can only describe as a “Rebirth”; a profound transformation with a pure divine directive.

However, still very much Jane, she continued on as a devoted wife and mother of 2 babies.

What became extraordinary to her though, was the Divine events, healings, and transformations that touched not only her own life, but that of many others who came into contact with her.

Nevertheless, Jane’s love, humility, and simplicity never wavered, and she decided to enter into the field of holistic healing arts. She began sharing her gifts through a spiritually-based newsletter, which included Divinely inspired writings and poetry. Later she added more formal, professional training, and became a Shiatsu and Thai Message Therapist, Reiki Master, Aromatherapy, and Naturopathic Esthetician. Other modalities included Ancient Palmistry and Psychic Mediumship.

Jane is happy to share her personal story with all who ask, and feels that her expression is best stated by the following;

“It matters not what we do, but from where we come whilst doing it”.