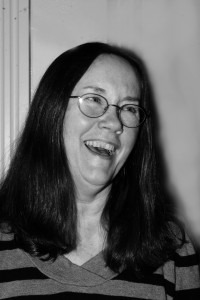 Until the summer of her fiftieth year, Jan Frazier lived a life typical for a well-educated, middle-class American woman. A divorced mother of two teenagers, she was making a modest living writing and teaching writing. Following a Catholic childhood in Miami in the 1960s, she had studied English in college and graduate school. In her late twenties, longing for hills and snow, she moved to New England, where she was active in the peace movement. But the inner peace she sought always eluded her.

Then, in August 2003, she experienced a radical transformation of consciousness. Fear fell away from her, and she was immersed in a state of causeless joy that has never left her. While she has continued her life as writer, teacher, and mother, she has discovered it is possible to live a richly human life free of suffering. Her wish now is to communicate the truth that within every person is a pool of calm well-being that waits patiently to be stirred to life.

When Fear Falls Away: The Story of a Sudden Awakening (Weiser Books, 2007) is Jan’s day-by-day account of the shift in consciousness and its alteration of her life. The Freedom of Being: At Ease with What Is (Weiser Books, 2012) looks at the nature of suffering and explores ways beyond it. Opening the Door: Jan Frazier Teachings On Awakening (eBookIt, 2012) is an eBook collection of essays. It opens the reader’s awareness to the possibility of a richly human life, beyond what appears possible to the ego and the mind.

Jan’s poetry and prose have appeared widely in literary journals and anthologies. Her poetry collection, Greatest Hits, was published by Pudding House, and she has been nominated for a Pushcart Prize. She has been inspired by Gurumayi, Krishnamurti, and Eckhart Tolle, but the joy she lives in belongs to no particular tradition, and is available to all. Jan lives in southern Vermont.