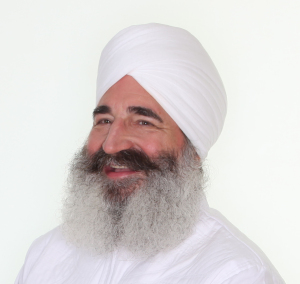 Gurucharan is a leader in the design and delivery of applications of meditation and controlled breathing. He is the author of several texts on yoga and meditation including 21 STAGES OF MEDITATION: Kundalini Yoga As Taught By Yogi Bhajan. He is currently Research Professor in Contemplative Science and Transdisciplinary Dialogue at Chapman University while continuing a broad-based consulting and clinical counseling practice.

Whether in his clinical psychology practice or in training yoga teachers, he has been most interested in the application of simple, immediate and impactful tools that elevate well-being and solve the daily challenges of modern life. Gurucharan has a distinctive ability to teach from 45 years of personal meditation experience while maintaining the pragmatic approach of a clinician and the skeptical approach of a researcher. His doctorate in counseling psychology and his immersion in the study and understanding of classical eastern techniques have both served his commitment to the elevation of people.

Gurucharan is an expert in Kundalini Yoga as taught by Yogi Bhajan and has been his interpreter and compiler of his teachings since they met in 1969. In addition to developing the 21 Stages, he co-authored with Yogi Bhajan Breathwalk: Breathing Your Way to a Revitalized Body, Mind and Spirit and The Mind: Its Projections and Multiple Facets. 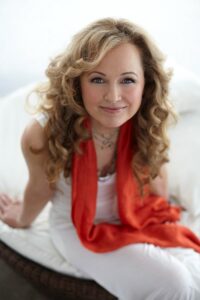 Karuna is a classically trained actress and former Ford model. She began teaching yoga professionally while at drama school in Bristol, England, and later helped develop The Life Centre’s yoga program in London.

Karuna continued her journey of self-discovery as she studied Hinduism, Buddhism, and the Lakota Sioux healing tradition. As her exploration of spiritual practices continued to deepen, she attended a Kundalini yoga class in Los Angeles taught by Gurmukh Kaur Khalsa.

Immediately, Karuna was captivated by this amazing technology—unlike any other yoga she had experienced—in which posture, breath, mantra, and meditation blend into a rich whole. Gurmukh invited Karuna to apprentice with her, a great honor, as Gurmukh was trained by Yogi Bhajan himself, whose teachings are the foundation of The Yoga of Awareness.

Today, Karuna shares those treasured teachings with yoga students in Boulder and all over the world. Karuna teaches daily group yoga classes and private lessons, leads weekend intensives on varying themes including relationships, women’s issues, and mastering challenges, and conducts retreats internationally. She is an Associate Level Trainer in the Aquarian Trainer Academy and arranges teacher training programs and modules with Lead Teachers from the Kundalini Research Institute. In addition, she organizes special events featuring world-renowned Kundalini Yoga teachers, artists, and musicians under the Light On Kundalini banner.

True to her spiritual name, which means “compassion,” Karuna likens herself to a coach, helping her students push beyond self-imposed limits. Her classes are filled with humor, music and the spirit of transformation.

Interview recorded October 26, 2014, at the Science and Nonduality Conference.