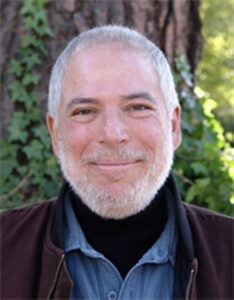 Eli Jaxon-Bear was born Elliot J. Zeldow in Brooklyn, New York, in 1947. His eighteen-year spiritual path started in 1971, when he was a federal fugitive during the Vietnam war. In 1978, Kalu Rinpoche appointed him the president of the first Kagyu dharma center in Marin County. In 1982, he was presented with a Zen Teaching Fan at ChoShoJi Zen Temple in Japan.

After a search took him around the world and into many traditions and practices, his path and his search ended when he was pulled to India in 1990, where he met his final teacher, Sri H.W.L. Poonja. Confirming Eli’s realization, his teacher sent him back into the world to share his unique psychological insights into the nature of egoic suffering in support of self-realization.

Eli infuses the teaching with his teacher’s living transmission of silence. He presents a unique map of egoic identification as a vehicle for ruthless self-inquiry and final realization of true freedom. He dedicates his life to passing on the transmission of his teacher.

Eli currently meets people and teaches through the Leela Foundation, a non-profit organization dedicated to world peace and freedom through universal self-realization.
He is the author of Sudden Awakening into Direct Realization, (New World Library), The Enneagram of Liberation: From Fixation to Freedom, (Gangaji Foundation Press), and he is the editor of Wake Up and Roar: Satsang with H.W.L. Poonja, (Sounds True).