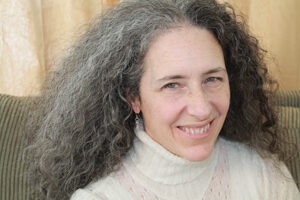 Dorothy Rowe was clairvoyant as a child, but a rough teenage period caused her abilities to wane. After learning Transcendental Meditation in her mid-teens, the inner vision began to return. She moved to Fairfield, Iowa in 1980 and devoted herself to creating world peace by meditating with a large group of people practicing the TM and TM-Sidhi Program. She became a teacher of Transcendental Meditation in 1986. She taught Transcendental Meditation and raised a family, while also teaching dance and music. Then in early 2008, she underwent a transformation. The change in awareness happened quite suddenly, but it took months for Dorothy to realize that this opening of awareness was to be used for healing. Quietly, she healed herself and others, without sharing her experiences. In 2012, Dorothy was invited to do some healing work for compensation. By word of mouth only, her practice has grown. She now has clients on four continents. She currently offers private consultations by phone and Skype and Distance Energy Work sessions through her website. The website also offers free resources on energy healing.