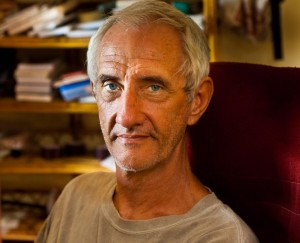 David Godman has lived in India since 1976, mostly in Tiruvannamalai, Tamil Nadu. He spent his time there studying and practicing the teachings of Sri Ramana Maharshi. His anthology of Ramana Maharshi’s teachings, Be As You Are, is probably the most widely read book on Sri Ramana’s teachings. During his fourteen-year stay at Ramanasramam (1978-92), he managed the ashram’s library, cataloged its archives, and recorded the stories and experiences of devotees who had had direct contact with Sri Ramana.

David is the authorized biographer of two devotees of Sri Ramana Maharshi (Lakshmana Swamy and Papaji) who realized the Self in Sri Ramana’s presence and who later went on to become gurus themselves.

He has written and published several other books that contain first-person accounts of devotees who moved closely with Sri Ramana Maharshi and who were transformed by his power and presence.

In collaboration with two Tamil scholars, T. V. Venkatasubramanian and Robert Butler, he translated and edited several Tamil texts including two authoritative collections of Ramana Maharshi’s teachings that were originally recorded in Tamil verse. The three of them also joined forces to bring out Sorupa Saram, a translation of a text in which a 15th century Tamil saint and Guru, Sorupananda, speaks authoritatively of his experience of the Self. Earlier this year David and T. V. Venkatasubramanian completed a new book that will be entitled The Shining of my Lord. It will contain translations of Tamil verses by Muruganar, an enlightened devotee of Ramana Maharshi who wrote thousands of verses in which he praised his Guru, spoke of his own liberated state, and thanked Sri Ramana for bestowing it on him. It will be published later this year.

In the 1970s David frequented Nisargadatta Maharaj’s satsangs in Mumbai. In the 1980s he was a regular visitor to the ashram of Lakshmana Swamy and Saradamma in Andhra Pradesh. When they moved to Tiruvannamalai in the early 1990s, he helped them to establish and landscape their new property at the foot of Arunachala, the holy mountain where Sri Ramana Maharshi spent all his adult life. For four years in the 1990s, he lived with Papaji in Lucknow and ended up writing or editing five books about him.

David Godman is married to Miri Albahari, a philosophy lecturer who teaches in Perth, Australia. He is based in India, but nowadays spends part of the year with Miri in Australia.

Last year David released a series of twenty-seven films on Youtube in which he spoke about Ramana Maharshi, the places where he stayed, his devotees, and his teachings. The series contains about fifteen hours of talks about Sri Ramana and can be found here:

In this interview, David Godman speaks of Robert Adams, whom he never met. He makes some remarkable claims based upon Robert’s own account of his life, including years he claimed to have spent with Ramana Maharshi and Nisargadatta Maharaj. It now appears extremely unlikely that Robert Adams ever met either, and that other claims David Godman repeats are highly improbable. Please see this article for details. David Godman has since taken down the YouTube talk he gave on Robert Adams.