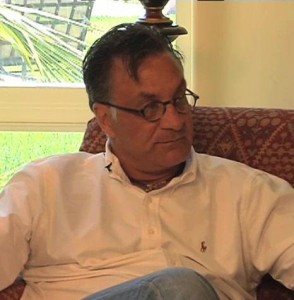 Chris Hebard is the founder and creator of StillnessSpeaks.com, a premier resource on the internet aggregating the text, audio, and film of authentic contemporary and traditional teachers of Non-Duality and Self Inquiry from within all spiritual disciplines. The website reflects his enthusiasm and love for its material.

The approach of StillnessSpeaks is integral; it does not promote any particular path or methodology. Chris attempts to honor the many paths available to all Truth Lovers; in doing so, he hopes to demonstrate that there is only one destination.

Chris writes, speaks and films on Self Inquiry, Advaita, and non-duality extensively throughout the United States and Europe. He can be reached at oncechris@stillnessspeaks.com.

As you will hear in this interview, Chris’s own journey involved becoming a hard-driving, successful businessman, who dismissed spirituality as impractical nonsense, only to suffer a series of devastating losses which brought him literally to his knees, dismantled his ego, and ignited a burning desire for Self-Realization.