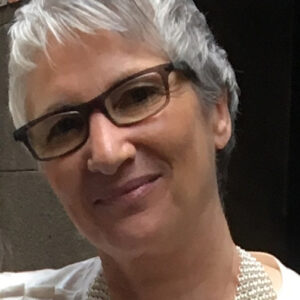 I came across the writings of a well-known Indian guru in my early twenties and thus began a twenty-five-year odyssey that would uproot me from my normal life and see me living in ashrams and committed spiritual communities around the world. The answers I sought were not easy to find, however, and the promises made by the teachers in whom I placed my trust were rarely kept.

Exhausted and disillusioned I left my last teacher and abandoned spiritual life in 2004, and during the intense and all-consuming crisis that followed I finally realized the truth of my own unchanging nature beyond the personal identity. The questions that had haunted me for so long dissolved and I was astonished to find that all seeking had ceased. Over time the shift of identity stabilized and became normalized and permanent. Grateful and content with what I saw as a private internal matter I rarely spoke or thought about spirituality and for the next fifteen or so years focused instead on my long-neglected art career. I began to establish myself as a visual artist exhibiting firstly in the UK and later internationally. I now collaborate with my partner, scientist Dr. Jesse Shore, producing artworks as Sweet+Shore, as well as my individual work as Anne Penman Sweet.

About eighteen months ago I confided in my friend, author, and researcher Amir Freimann about what had happened and he immediately invited me to participate in his research project Living Transcendence: a Phenomenological Study of Spiritual Exemplars. I was very surprised as I had no sense of knowing anything or of having arrived anywhere in particular. However, over the course of a dozen or more formal interviews skillfully conducted by him, I experienced an outpouring of spiritual insights and understandings that I had no idea I contained. It was revelatory and transformative and since then I have spoken freely and publicly about these matters.

Not long after, I started to feel a deep inner prompting to begin sharing what I had learned and understood, not as a teacher but as a friend and advisor. I created the End of Seeking website as a free resource to help simplify and demystify the spiritual search for others and to give seekers the tools and knowledge they may need to independently navigate the often confusing and at times hazardous terrain of the contemporary spiritual marketplace.

I am currently working on a book of spiritual insights illustrated with Sweet+Shore artworks which I hope to publish by the end of the year.